Evans joined ex-McLaren F1 driver Kevin Magnussen and Oliver Turvey at the test which is being led by the team’s experienced full-time driver Timo Bernhard.

The rookies were in raptures over their first live test of the 919 which has swept all before it during its second season in the WEC.

“Incredible to get behind the wheel of the @PorscheRaces #919Hybrid today,” Evans tweeted.

“They have done a great job with this car. More laps tomorrow.”

Evans, who is currently in his third season in GP2 after becoming GP3 champion in 2012, said many aspects of the technically complex two-litre, four cylinder Hybrid which generates over 1000bhp are new to him.

“A few things are completely new to me. I’m not used to power steering, this type of tyre and have never raced a four-wheel-drive car,” Evans said.

“But the most impressive thing is the acceleration from the hybrid when the e-machine kicks in.

“The car is very stable and gives you a lot of confidence.”

Porsche is undertaking several tests of the 919, trying out drivers who are likely to be in the running for a seat in the Le Mans-winning 919 to replace Nico Hulkenberg.

The German will be forced to miss defending his 24 Hour crown at La Sarthe in the third Works 919 entry as the Formula 1 race in Azerbaijan clashes with the sportscar classic on June 19 next year.

“Everybody involved in this test will learn and benefit a lot, and that is what this is for,” team principal Andrews Seidl said.

“With regard to anything else in the future, we have no announcements planned, especially as we are very happy with our works drivers.”

As has been previously reported Porsche will try out IndyCar star Juan Montoya at a test in Bahrain a day after the WEC season ends on June 20 but has stressed it is not part of its evaluations to replace Hulkenberg. 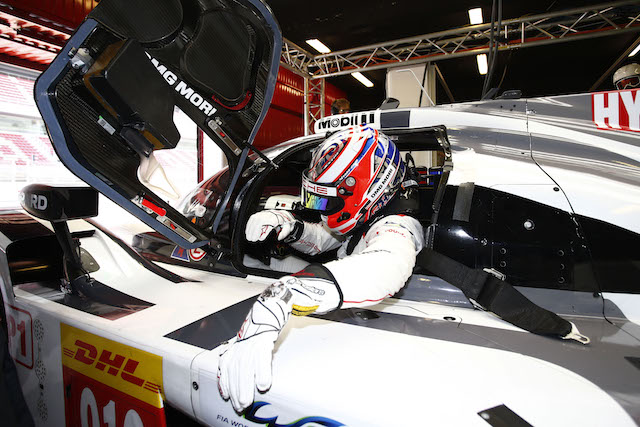 Previous Story Piquet to return to TRS after false start