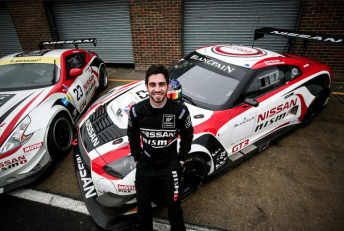 From postal worker to racing driver in the matter of months, Nissan GT Academy winner Matt Simmons has seen his life turned upside down.

The 26-year-old from Brisbane fought off competition from the world’s most talented gamers to land a lucrative once-in-a-lifetime opportunity to become a professional racing driver.

Designed to transform him from gamer to racing driver, Simmons has been thrust into the UK’s motor racing arenas as he strives to secure a racing licence to compete in a prize drive at the Dubai 24 Hours in January.

Speedcafe.com’s Tom Howard caught up with Australia’s first GT Academy winner to discuss his progress and his preparations for the Dubai 24 Hours.

SPEEDCAFE: You are nearing the end of the Nissan GT Academy Driver Development Program, how have you found the experience? 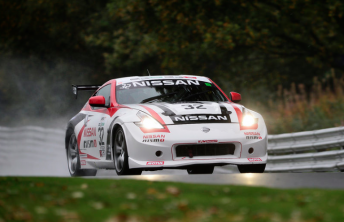 MATT SIMMONS: There is not a day that I get used to this. I still pinch myself.

Being here for the past two months it is everything I expected and more. It is so intense. Every day you are not in a race car you are in the gym or in the simulator, with a massive team behind you looking at every aspect to help you become a racing driver.

Every weekend we have been driving something different. It has been a fun process and it teaches you a lot. You learn so much so quickly.

We do have to get our signatures (which are put towards getting a race licence) and we do want to do our best. You have to keep improving and get the most out of each weekend.

I walk away learning the good and the bad and have game plan for the next race. I feel that has been my strength through the whole program.

To have 15 signatures definitely feels good to be able to achieve that level of international licence. 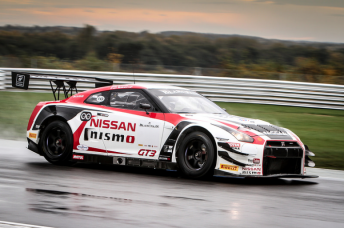 SPEEDCAFE: During this period you have competed in races all over the UK to gain those important licence signatures, what stands out as one of the highlights?

SIMMONS: It was a monumental weekend (racing on the British Touring Car Championship bill in the Ginetta Supercup) for me but predominately we have been racing in the club racing scene.

In the UK the club racing scene is phenomenal the grid has been at a minimum of 30 cars.

Every race track has its heritage and history. Castle Combe, Snetterton, Oulton Park and Donington and Silverstone are all great circuits. It is just amazing the level of competition here.

SPEEDCAFE: What feedback have you received from the driver instructors you are working with?

SIMMONS: The feedback from the instructors has been very positive but constructive also. There is not too much they can do on race weekends as we don’t get much time to relay information but our objective is to improve and get our signatures.

We have our private tuition sessions at Bedford and they are my most important days of the week. 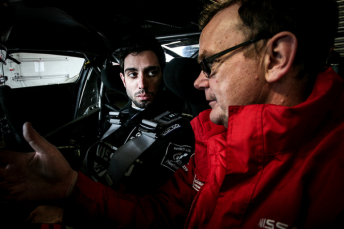 Simmons’ progress has been overseen by Nissan GT Academy instructors

SPEEDCAFE: Do you feel like a professional racing driver now you have gone through this process?

SIMMONS: It does feel like this is what I am meant to do. I don’t want to stop pushing, I want to continue to make the most of where this adventure can take me.

I do feel like a race car driver but I’m working at it too.

SPEEDCAFE: You are working towards a prize drive at the Dubai 24 Hours in Jaunary but after that do you know where you future lies?

SIMMONS: I haven’t had too much to discuss about what happen after Dubai. My goals have been to focus on the program and work up to Dubai.

I’m sure they will assess my performance and see if I have earned a position to race next year somewhere.

My goal is to race in Europe and hopefully I can earn a position in the GT3 team. I won’t hear anything until after that so it will be a nervous wait. I’m hoping I can continue my dream. 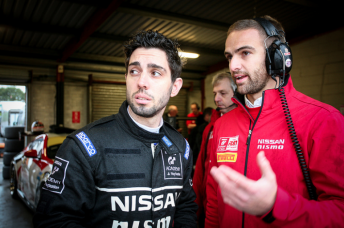 SPEEDCAFE: How have preparations been going for the Dubai 24 Hours?

SIMMONS: We have had a few fun sessions on the Dubai track in the simulator. It is going to be a huge challenge.

We haven’t had too much chat about it as we have been focussing on goals here in the UK. It is going to be exceptionally hot but I can’t wait to get home and get myself prepared for the race.

I’ve got a few more weeks here before I go home where I will have to stay on top of my fitness.

SPEEDCAFE: Do you plan on doing any racing when you get home to keep your hand in before Dubai?

SIMMONS: It would be good to do some karting at Extreme Karting on the Gold Coast. They have been following my experience over here.

I think we have a race planned when I get home. I would like to get behind the wheel of a kart or a car to keep myself ready for Dubai.

SPEEDCAFE: I know you have been busy with the program but have been able to keep in touch with Australian motorsport?

SIMMONS: I have been keeping tabs with Australian motorsport. I managed to watch the Bathurst 1000 although it wrote off my Sunday as it was on Saturday night! It was amazing to see Lowndes win it as he is one of my idols growing up.

I have been watching the V8 Supercars championship unfold and to see Nissan get a podium at the Gold Coast was great too.