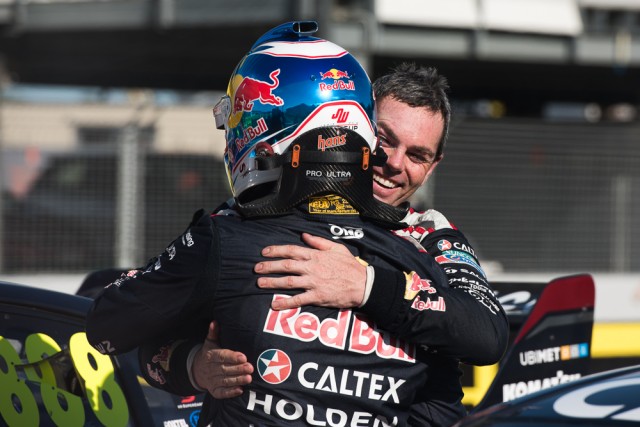 Jamie Whincup and Craig Lowndes paid tribute to the efforts of their Red Bull Racing Australia crew after an all-night rebuild led to a one-two finish at Pukekohe.

Lowndes’ car suffered heavy damage when a left-rear tyre failure led to a high-speed crash while leading the second sprint race on Saturday.

Utilising a crash repair shop in the Pukekohe township to straighten mangled chassis rails, the repair took until 6:30am on Sunday to complete.

Whincup dominated the race from pole position while Lowndes charged from 10th to second despite a minor delay while stacking behind his team-mate at the first pitstop.

“They literally had an hour and a half turnaround from when they finished my car to go back, have showers (and return to the track),” said Lowndes after Race 30.

“Cookie (Matty Cook), my number one (mechanic), said he fell asleep in the shower and they got him back up and out.

“It’s a huge team effort when things like that (the crash) happen because it doesn’t just affect one car, it’s both (crews).

“For the boys to back it up with the pitstops and the strategies and everything else was a credit to them. It shows the depth within the team and the passion.

“The boys were pretty buggered before the start of the race but they’re a bit happier now with the result.”

Lowndes said that his car had been as good as before the accident, despite the hurried nature of the repair.

“We didn’t quite get the best out of it in qualifying but in race trim it was really good,” he said.

“I was trying to chase Jamie down (in the final stint) but ultimately just lost the rear tyre (performance).”

Echoing his team-mates thoughts on the Red Bull crew, Whincup added his own pleasure at taking out the Jason Richards Trophy.

Awarded to the top points scorer at the Pukekohe round in each of the last three years, the trophy commemorates the life of a driver that played a major part in Whincup’s early career.

“We were obviously team-mates, good mates, first podium, first Bathurst podium with second in 2005,” said Whincup of Jason Richards, who died in 2011 after a 14 month battle with cancer.

“I haven’t won much this year but certainly it’s going to be a good year knowing the JR trophy is in the cabinet.” 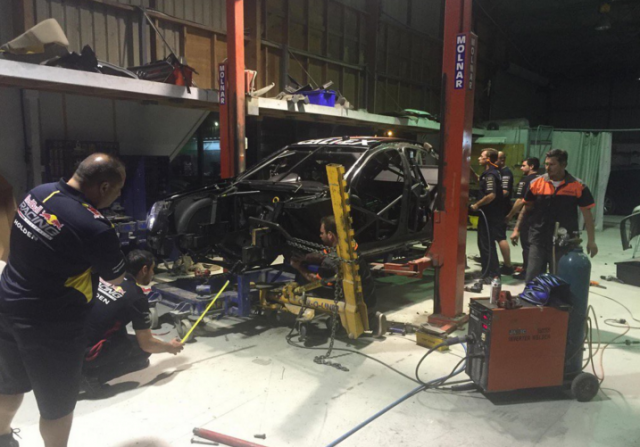