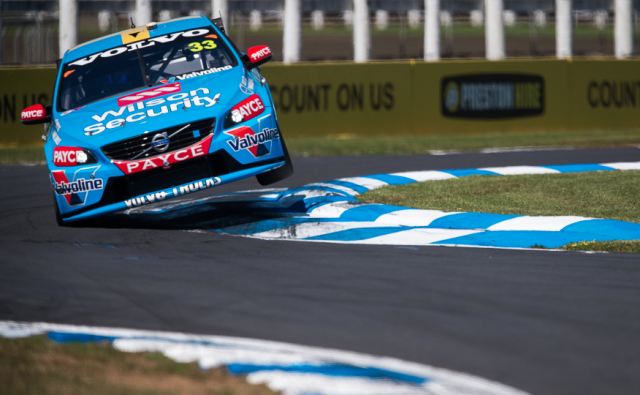 Local hero Scott McLaughlin took a popular pole position for the final race of the weekend at the ITM 500 Auckland.

To the roar of the crowd on the front straight, McLaughlin recorded a best of 1:03.16s with just a minute remaining in the session to eclipse Jamie Whincup by 0.0014s.

Whincup had earlier shot to the top when the second green tyre runs began with two minutes left on the clock.

“To put in a lap like that was awesome,” beamed McLaughlin after acknowledging the fans upon exiting his car. “I’m that pumped right now it’s crazy.”

Scott Pye jumped to third after the chequered flag to share the second row with David Reynolds, who had survived a small impact with the Turn 4 tyres on his first run.

The two Fords were both within a tenth of McLaughlin’s pole time in an incredibly tight session.

Michael Caruso was quickest of all on the first set of tyres but, despite improving in the closing stages, could do no better than fifth.

His earlier 1:03.43s was bettered by a total of nine drivers inside the final moments of the 20 minute session.