Ferrari has officially taken the wraps off its new 488 GT3 which is set to make its racing debut next year.

Replacing the 458 GT3 Italia, the 488 GT3 was unveiled alongside the GTE version of the car at the Ferrari World Finals in Mugello this weekend.

The GTE and GT3 versions are powered by a 3.9 litre V8 turbo engine, linked to a new transversal six speed gearbox, with the GT3 version featuring a tweaked aero package compared to the GTE model.

The cars are expected to make their racing debuts at the Daytona 24 Hours in January.

Ferrari’s latest GT3 offering is set to feature in the Australian GT Championship next season with Maranello Motorsport placing an order for three cars.

The Melbourne-based team is expecting to receive its first car in February.

Event regulations stipulate the 488 GT3 is not eligible to compete in next year’s Bathurst 12 Hour (February 5-7). 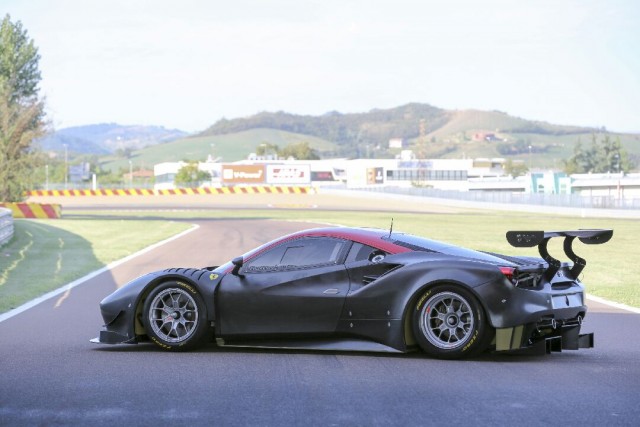