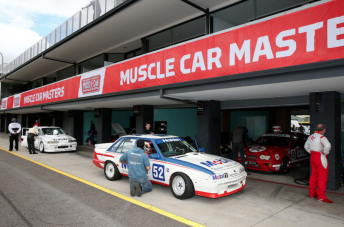 The Muscle Car Masters will move to October next year

The Muscle Car Masters will be run on October 29-30 next year, breaking a decade-long tradition of being held on Father’s Day weekend.

According to event organisers Next Media and the Australian Racing Drivers’ Club, the move has been made to separate the Muscle Car Masters from Sydney Motorsport Park’s V8 Supercars event.

“Both meetings have been run in close proximity for the last three years, including twice on consecutive weekends,” read a statement.

“The move to late October will be welcomed by competitors, officials and motorsport enthusiasts and is expected to boost crowd attendance at both events.

“The date change will be especially popular with those previously unable to attend the Masters due to Father’s Day family commitments.”

The 10th anniversary of Peter Brock’s death with be marked with a gathering of VL Group A Commodores, which underpinned his ninth and final Bathurst win in 1987.

Next Story Roger Penske: Why we chose Fabian Coulthard