Heimgartner aims to prove worth at Pukekohe 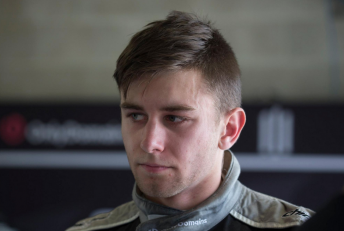 Andre Heimgartner hopes that a standout run on home soil this weekend will help attract backing to continue in the V8 Supercars Championship next season.

The 20-year-old is likely to be relegated to co-driver duties for 2016 despite a promising rookie campaign with Super Black Racing.

Heimgartner says he still has options to continue, including at Super Black, but each requires the Auckland native to find considerable funding.

Currently 22nd in the championship standings after a rough Pirtek Enduro Cup, Heimgartner has lofty goals for Pukekohe.

“This weekend I’m here to show that I deserve to be in a seat next year,” Heimgartner told Speedcafe.com.

“It’s really come down to that time where if I don’t step up I’m not going to be in a seat.

“I’ve already had a sixth and a seventh and a few other results around there, but we want to be in that top five.

“I’d be happy with the top five, a podium would be good and anything from there would be a bonus.”

A big part of Heimgartner’s confidence is his knowledge of the high-speed 2.9km layout, which he has raced on regularly since debuting in Formula Firsts at age 12.

Although yet to race a V8 Supercar at the venue, Heimgartner’s has even enjoyed track time at Pukekohe since the notoriously bumpy Turn 1 was resurfaced in May.

“I’ve done more laps here than anywhere else in the world, so if there’s any track I’m going to go alright at it’s this one,” he said.

“I know Queensland Raceway well also and we qualified third there, so if that’s anything to go by we should be going alright.

“Pukekohe is a place with a lot of little tricks to it, just with the bumps and everything.

“Even this year I’ve done some North Island Endurance Series here, so I’ve already done 100 laps of the place on the new surface.

“We’ll see how it all translates to the V8 Supercar.” 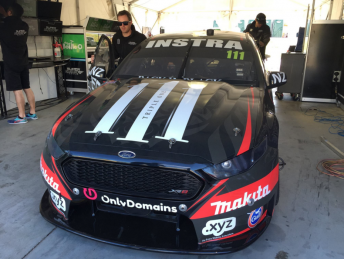 Heimgartner expects that track knowledge will help not only single-lap speed, but improve his ability to race wheel-to-wheel with the stars of the category.

“Being the new guy no one wants me to beat them in my first year, so everyone throws you around a little bit,” he explained.

“Here I know where to place the car, whereas a lot of the other places I’m a bit unsure and you get caught on the wrong part of the track and the whole freight train goes past you.

“It’s a work in progress and I think a lot of it will come with time and respect.”

Heimgartner meanwhile makes clear that continuing with Super Black would be his ideal scenario for 2016.

The team is expected to sign Dunlop Series driver Chris Pither, although the Kiwi and his backers also have other options available.

“We’re still hopeful, we’ve got a couple of options,” said Heimgartner of his own position.

“Ideally I’d stay with Super Black… but it’s pretty well known that V8 Supercars isn’t in a good state at the moment with the way things are, money has a lot to do with it.

“We’ve had to go out and try and source some money, which is not easy, and we haven’t been able to find what we need. We’ll see what happens.”

Next Story Nissans lead the way in opening NZ practice