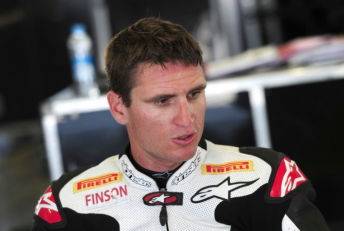 Broc Parkes will deputise for the injured Alex de Angelis in this weekend’s MotoGP season finale at Valencia.

The experienced Australian rider will replace fellow countryman Damian Cudlin, who stood in for de Angelis at Ioda Racing for the Phillip Island and Sepang rounds last month.

The 33-year-old secured a deal to race in the British Superbike Championship this year before switching his focus to endurance riding mid-season.

Meanwhile, this weekend’s Grand Prix of Valencia will see de Angelis make his first public appearance since he suffered serious injuries in a practice crash at Motegi last month.