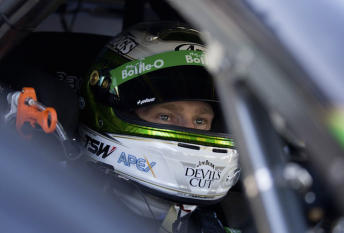 PRA confirms David Reynolds’ departure at the end of the season

Prodrive Racing Australia has confirmed that David Reynolds will leave the team at the end of the V8 Supercars season.

Reynolds’ future at the Melbourne outfit has been the subject of speculation for weeks with young gun Cameron Waters hotly tipped to take his seat at the squad for 2016.

The Bottle-O Racing team, which Reynolds has driven for since 2012, is yet to make an official announcement regarding its driver line-up for next year, but has moved to confirm Reynolds’ departure this morning.

The 30-year-old has recorded two wins and six pole positions during his tenure at the team and is currently enjoying his best season, occupying third position in the points.

“He (Reynolds) asked to be allowed to explore the possibility of driving for another team in 2016,” Rod Nash, Team Principal, said.

“He appreciates our position and we also understand his, but whatever happens everyone in the team is supportive of Dave securing a good position for a 2016 drive as he has fitted in well during his four years with the whole PRA team while driving The Bottle-O #55 car.

“Dave is a great character and can turn on the funny charm at times which makes him easy to get along with. He also takes his racing seriously and it has been great for him, especially in 2015, to really show his great capability as a front-running driver.”

Reynolds’ future in the category remains unclear after turning down an opportunity to join Brad Jones Racing.

He has since been linked to Erebus Motorsport following Will Davison’s move to join Tekno Autosport.

“The team knows racing is my career so I need to give myself the best chance of having a drive next year and beyond,” Reynolds said.

“I have been hanging out to try and stay at Prodrive Racing but there are so many factors that go into these things and I appreciate they aren’t yet in a position to confirm whether I am staying or not. We both know where we stand so there are no hard feelings.”