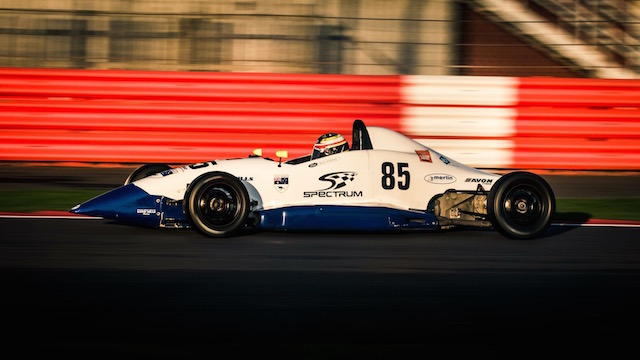 Gaining a place in the prestigious Formula Ford event after winning the International Spectrum Scholarship award, Andrews qualified fourth before advancing to the semi-final from finishing fifth in his heat.

Having then started 16th in the semi-final, Andrews faced a stiff challenge in the big field to make the final with the top 18 advancing.

Andrews was taken off the track at the first corner but fought back to finish 10th, guaranteeing a place in the final.

From there the recently crowned US Formula F Series champ put in a solid performance, making the most of his opportunity, just missing the podium at the finish.

However a post-race exclusion saw Andrews elevated into the final podium spot.

“There’s 125 entries and quite literally 20-30 guys who could actually win this thing,” Andrews explained.

“The F1600 racing in the US was a little more NASCAR style where you ride around utilising the draft until the last few laps then make your move.

“Here is a lot like karts and there’s basically a ‘pass or be passed’ mentality. It’s a lot more cut throat here but I love it.

“But to come third and bring home a trophy for the whole Kevin Mills Racing group – I couldn’t be happier to reward the boys for their mega efforts.“ 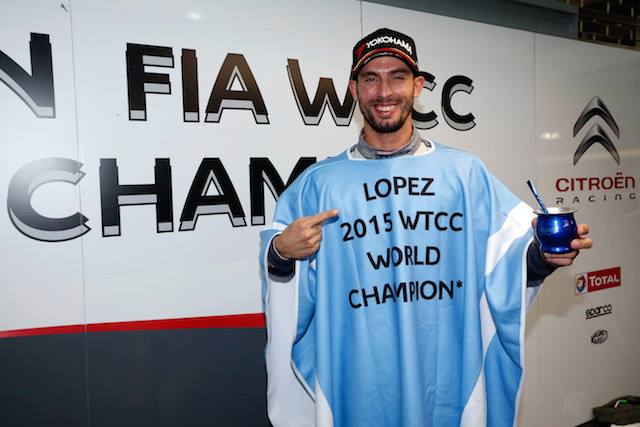 Jose Maria Lopez secured his second title in the World Touring Car Championship with victory in the first race at Thailand’s Buriram circuit.

It was a red-letter weekend for the Citroen outfit with Loeb being promoted as winner of the second heat after a breach of technical rules by Honda’s Tiago Monteiro.

Qing Hua was second while Lopez completed the podium in another all-Citroen sweep.

Monteiro’s Civic was found to be lower than the minimum required on the left flank.

Loeb has now moved into second place on the points table ahead of the final round at Qatar from November 26-27.