The championship battle went down to the final race that saw the Hamilton-born driver finish fourth, which was enough to claim the crown.

Van der Drift had previously set up the title decider when he followed Martin Ragginger home in the penultimate round.

A sixth place finish in the race from countryman Craig Baird ensured the title would be contested between the pair.

Van der Drift briefly led the last race of the season before dropping back to fourth behind Nico Menzel, Ragginger and Ho Pin Tung.

“It all began here in Shanghai in April after I got a last-minute call-up,” said van der Drift.

“We finished on the podium after my first race in a 911, but then had a DNF. But we came back with a double win and pole position in Korea.

“It’s great racing with these drivers and the competition in the series is very strong. It keeps you sharp that’s for sure.” 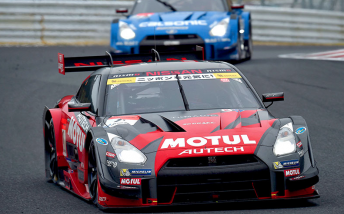 Tsugio Matsuda and Ronnie Quintarelli headed a Nissan one-two in the penultimate round of the Super GT championship at Autopolis.

The duo came through a titanic scrap with the championship leading Calsonic GT-R of Hironobu Yasuda/Joao Paulo Lima De Oliveira in the closing stages of the race to take the victory by just 0.3s.

Matsuda and Quintarelli’s win has closed the gap to championship leaders Yasuda and Lima De Oliveira to just two points ahead of the final round at Motegi held from November 14-15. 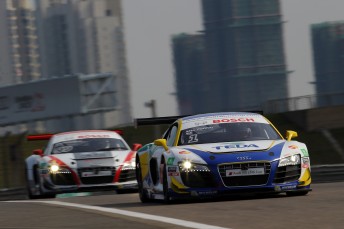 The experienced Malaysian driver claimed a narrow victory over title rival Franky Cheng in the opening race of the final round at Shanghai, which put Yoong in pole position to secure a second title.

Hampered by success ballast, Yoong could only manage to finish sixth in the final race, while Cheng scooped a podium in third behind race winner Aditya Patel and Marchy Lee.

However, Yoong’s sixth place proved enough to clinch the title by a single point.

“Every year the championship becomes more and more competitive and it’s a credit to the way the Audi R8 LMS Cup tweaks the regulations so that the racing is fair, but also close and exciting,” said Yoong.

“I lost a championship by a close margin two years ago, won last year in the final race and won this year by a single point – every year is exciting and it’s a real privilege to be a part of the championship.”

Pontus Tidemand and Emil Axelsson recorded their fifth win of the Asia Pacific Rally Championship season at the China Rally.

The pair, driving a new MRF Skoda Fabia R5, clinched victory by a comfortable 33 minutes and 26.7 seconds from Hitoshi Takayama and Hideki Takeyabu in a Group N Subaru.

Tidemand’s team-mate Gaurav Gill had applied pressure on the Swede before he suffered a rally ending crash on the opening day.

Heavy rain made road conditions treacherous but it failed to prevent Tidemand and Axelsson from conpleting a dominant victory.

The Asia Pacific Rally Championship concludes with the Rally of India held from December 11-13.