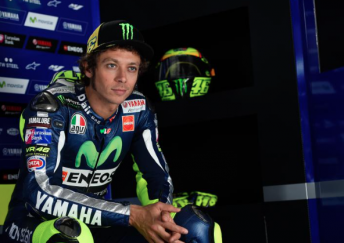 Valentino Rossi has filed an appeal to the Court of Arbitration for Sport against the sanctions received for his clash with Marc Marquez.

The MotoGP championship leader received three penalty points on his license after he appeared to kick Marquez causing the Honda rider to fall during the Malaysian Grand Prix.

The three penalty points will see Rossi demoted to the back of the grid for the Valencia title decider when combined with a point he accumulated earlier in the season.

Rossi claims the sanctions will cost him the chance of landing a 10th world title.

The Italian is now seeking help from Switzerland’s high profile Court of Arbitration for Sport in the hope his penalty will be reduced.

A date for the hearing is yet to be announced.

“On the basis of Article 3.4.2, para 3 of the FIM Road Racing World Championship Grand Prix Regulations, Mr Valentino Rossi has filed an Appeal against the decision taken by the Race Direction of the Shell Malaysia Motorcycle Grand Prix in Sepang, penultimate round of the FIM MotoGP Grand Prix World Championship, and confirmed by the FIM Stewards, to award three penalty points to Mr Rossi following an incident on Turn 14,” read a statement from motorcycle governing body FIM.

“In appealing to the Court of Arbitration for Sport (CAS), Mr Rossi seeks annulment or reduction of the penalty.

“He further requests stay of execution of the decision in accordance with Article R37 of the Code of Sports-Related Arbitration.”

Rossi holds a seven point lead over Yamaha team-mate Jorge Lorenzo heading into next month’s final round at Valencia.