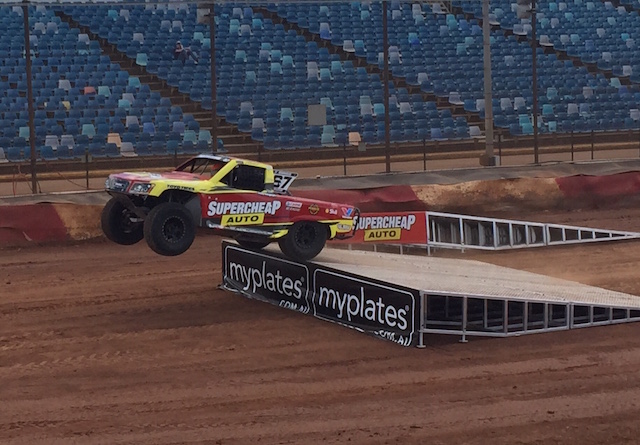 Paul Morris is working on a plan to secure a full-time drive in the US-based Stadium Super Trucks.

After ‘retiring’ following his shock win in the Bathurst 2014 as co-driver for Chaz Mostert, Morris has become invigorated by the Charlotte-based trucks.

Already with extensive US experience under his belt including a season in Indy Lights in the late 1990’s and more recently racing Sprintcars at the Knoxville Nationals, Morris is eyeing a start Stateside in Las Vegas next Thursday.

He will again handle the #67 Supercheap Auto machine in the myPlates Stadium Super Trucks, presented by the Daily Telegraph at Valvoline Raceway in Granville in Sydney tonight after winning the round at last week’s Castrol Gold Coast 600.

“I really retired from the V8 Supercars main game after the Bathurst win and thought I would do a bit of Sprintcar racing and that would be it,” 48-year-old Morris told Speedcafe.com.

“Then came along Stadium Super Trucks and I don’t think I have had as big a smile on my face for a long, long time.

“This whole thing has given me a new view on things.

“I still have plenty to learn and I am sure my knowledge will increase tremendously on the dirt for the first time tonight. 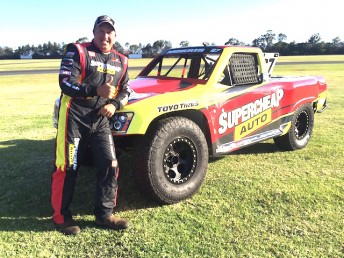 At 48, Morris has found a new passion in the Super Trucks

“If I can get the job done, hopefully that will open up some opportunities and I can be running the in US as soon as Las Vegas next Thursday.”

“These things are bringing crowds back to the fence. From 10-year-old kids to 70-year-old grandmothers, they all just love it.

“The reaction I received after the weekend success was incredible and I am sure the crowd will be in for an amazing show at Valvoline Raceway.”

The highly entertaining Stadium Super Trucks are the brainchild of former IndyCar and NASCAR racer Robby Gordon who will lead the American contingent against the Australians which include Morris and Matthew Brabham.

Tickets for the myPlates Stadium Super Trucks are available at Ticketek.com.au or from the gate at Valvoline Raceway on the day.