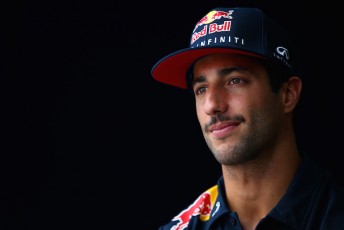 Daniel Ricciardo is leading a call for a reform of the virtual safety car system following confusion when the procedure was used at the United States Grand Prix.

The Red Bull driver feels the system, which was introduced this year, needs refining after he lost valuable time at the Circuit of the Americas.

The procedure, brought in following Jules Bianchi’s fatal crash, enforces a target speed for drivers when a minor on track incident requires attention from marshals.

Riccardo believes a minimum speed under the VSC should be introduced after race leader Lewis Hamilton purposely slowed to bunch up the field when the system was in play last Sunday.

The move allowed Nico Rosberg to catch and eventually pass Ricciardo as soon as racing resumed.

Adding to his VSC concerns, the Australian says he wasn’t notified that green flag racing had recommenced.

“I think there is something we could do better,” said Ricciardo.

“It is the first year of it so we are trying to understand what works and what doesn’t, but it is nice to find little hurdles, it’s the only way we can improve it.

“We will get more opinions in the drivers’ briefing and get a minimum (speed).

“I know Rosberg caught us as a pack because we were positive, I think four or five seconds slower (than the prescribed delta time), so that was already bad.

“They need to put something in to stop us from doing that (bunching the field up). I think the minimum will be proposed.”

“I have never really had it in the past but I didn’t get anything that race, but I don’t know if that is an internal thing or an issue with the VSC itself.”

Ricciardo is not the only driver concerned about drivers gaining an advantage under the VSC.

The 26-year-old from Perth is hopeful the virtual safety car procedure will be the subject of discussion at the driver’s briefing prior to this weekend Mexican Grand Prix.