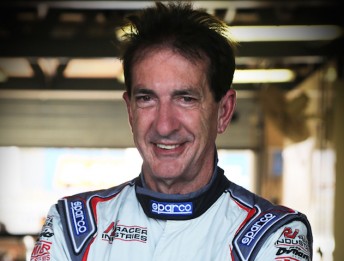 Keith Kassulke remains in a critical but stable condition in a Melbourne hospital a week after suffering serious burns during practice for a state championship meeting at Phillip Island.

The Touring Car Masters regular was airlifted to the Alfred Hospital last Friday after his Ascari KZ1R GT3 caught fire.

An update from Savy Motorsport, which prepares the Ascari and Kassulke’s TCM Ford, via Facebook on Thursday said the driver has twice undergone surgery this week.

“After his first surgery on Monday, Keith has remained stable and strong, although fairly heavily sedated to promote maximum healing,” it read.

“Today (Thursday) he is undergoing some follow-up surgery, and we are expecting more positive results from the amazing team of specialists here at the Alfred.”

CAMS is yet to carry an investigation into the incident where Kassulke was trapped in the Ascari before eventually being freed.

Victorian police have impounded the car with CAMS unable to start their own inquiry until it has been released.

“CAMS has visually inspected the car involved, however it remains in the possession of Victoria Police,” read a CAMS statement supplied to Speedcafe.com.

“Once the car has been released from the authorities, CAMS will then perform its own investigation.

“At this point in time, it remains too early to confirm details of the incident.

“CAMS intends to release further information in consultation with the Kassulke family at a later date.

“However, Keith’s recovery is his and CAMS’ top priority at this point in time.”

Savy Motorsport has asked that that cards (no flowers) from well wishers are mailed to their address at 37 Adrian Road, Campbellfield, Victoria, 3061.

Next Story Stadium Trucks to ramp up Brabham’s Indy hopes