Substitute role ‘not an audition’ for Waters 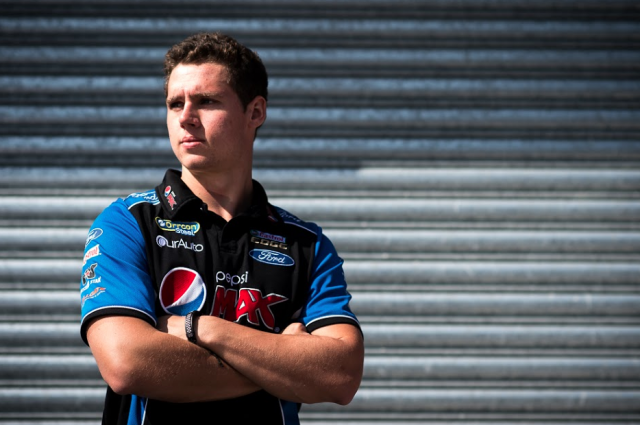 Prodrive team principal Tim Edwards insists Cameron Waters’ performances while substituting for Chaz Mostert this season will play no role in an impending decision on the youngster’s future.

Following a stellar year to date in the Dunlop Series, the 21-year-old had a quiet first outing as a primary driver at the weekend’s Castrol Gold Coast 600.

Waters qualified 19th and 23rd for the two races before teaming with veteran Russell Ingall to take 17th and 19th place finishes on a difficult weekend for the Prodrive team.

The results, in part, served to emphasise the gulf in competitiveness between the V8 Supercars Championship and Dunlop Series, where Waters has won 10 from 14 races this season.

A deal for Waters to take over full-time duties from David Reynolds next year is widely expected but, according to Edwards, not yet signed off.

The team continues to work on locking in sponsorship across its three cars for next year, as well as shoring up a deal to run a fourth entry for Super Black.

Waters is currently in his second season of Dunlop Series duties with Prodrive and has also driven for the team in the last two Pirtek Enduro Cups.

“There’s absolutely no expectations and no pressure, it’s absolutely not an audition,” Edwards told Speedcafe.com of Waters, who will also drive the #6 Pepsi Ford at Pukekohe and Phillip Island.

“He’s been with us for 20 months now, we know him. I don’t want that pressure on him so we specifically told him it’s not an audition.

“His job is to learn and to finish so that we keep collecting points (for the teams’ championship).

“The Gold Coast was a big ask. His first race as a primary driver, qualifying the car on a particularly hard track. He did a great job, we’re really happy with what he did.”

Edwards affirms that the team is close to locking down its plans for 2016, which will finally put an end to the almost year-long uncertainty over Reynolds’ future with the squad.

Reynolds appears set to take up the seat vacated by Will Davison at Erebus Motorsport if he is cut loose by Prodrive.

“There’s a lot going on at the moment both commercially and in driver land, but slowly we’ve started to crystallise quite a few things,” said Edwards.

Waters meanwhile admits he took a conservative approach at the punishing Gold Coast street course as he aimed to work his way into the main series.

“I didn’t go as well as I thought I would have, but none of our cars did,” Waters told Speedcafe.com.

“For me it was all about learning and making sure we had a straight car. We learnt as much as we could but just struggled with some bits of the track where you’ve got to be really committed.

“My race pace, once you do a few laps and work out what you’ve got, I was reasonably happy with, but the Gold Coast is a track where you’ve just got to man up so much and put it all on the line.

“I think we’ll go to New Zealand and Phillip Island and be a fair bit stronger.”

Waters has previous experience of Pukekohe from the local NZ SuperTourer Series, but has not raced a V8 Supercar at the Kiwi venue or Phillip Island.

As for a full-time move into the main series next year, the Mildura native says he’s simply waiting for the process to play out.

“I feel as though I’ve already proved what I can do in the Dunlop Series,” he said. “I’ve won a heap of races and scored pole positions. They know what I can do.”

Prodrive is also yet to confirm who will drive Mostert’s car in the Sydney season finale, where Waters will look to wrap up the team’s maiden Dunlop Series crown.