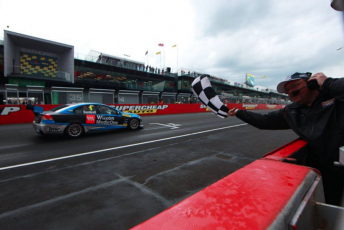 V8 Supercars has released its Dunlop Series calendar for 2016, confirming a return to Phillip Island and Sandown for the second-tier category.

The seven-round schedule has been announced after successful negotiations to have the Clipsal 500 reinstated as the showpiece season opener.

The picturesque seaside venue, which has not hosted a Dunlop Series round since 2007, slots in as the second event behind Adelaide, before subsequent trips to Barbagallo and Townsville.

Sandown meanwhile replaces Queensland Raceway and becomes the fifth round ahead of the traditional season-ending Bathurst and Sydney Olympic Park meetings.

The addition of Sandown, absent from the category since 2008, ensures that the Dunlop Series will feature on five of the six V8 Supercars events broadcast live on Network Ten.

“This is a great outcome for the V8 Supercars Dunlop Series and will ensure that we are showcasing the next generation of stars to fans who can follow their careers from the beginning,” said V8 Supercars CEO James Warburton.

“Many of our drivers including Mark Winterbottom, Chaz Mostert and Scott McLaughlin have made their way through the Dunlop Series and it has proved to be successful pathway for many young drivers.

“Now the series will receive even greater exposure and we look forward to some exciting racing in 2016.”

Queensland Raceway had been a mainstay of the Dunlop Series since 2004, while Winton last missed out on a round in 2011.

V8 Supercars has meanwhile confirmed a continuation of the 250km format for Bathurst.

Adelaide, Townsville and Sydney will each see two 30 minute races, while three 30 minute heats will take place at Phillip Island, Barbagallo and Sandown.

Next year’s Dunlop Series will be the first to feature Car of the Future machinery, which will race alongside the existing equipment.

Previous Story Substitute role 'not an audition' for Waters