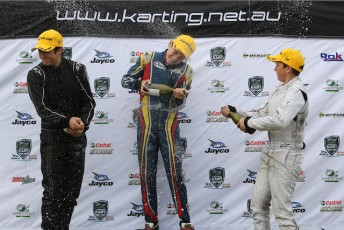 Jack Doohan, Clay Richards and Ben Bargwanna will do battle at the final round of the 2015 Australian Kart Championship presented by Jayco and Castrol Edge in Geelong this weekend.

Jack Doohan leads the points race and is on track to claim the National Championship while Richards is having his first crack at the national scene.

“For him it’s all about gaining as much experience as possible and learning from the best drivers in the country,” dad Steve Richards said.

“I remember my first national karting event back in 1989 in Orange and one of the lessons that I took from that race was that you never stop learning from watching and racing against the best in the business.”

Jason Bargwanna feels it is as much about learning lessons off the circuit as it is competing in karting. 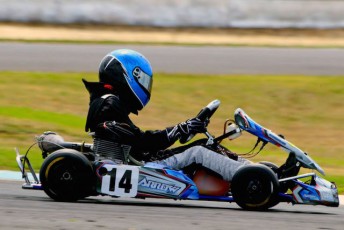 “As a youngster I grew up around the motorsport scene with my dad and uncle racing cars. It provided me with a great grounding for not only racing but life in general,” Bargwanna said.

“While being successful on the track is great, the sport also teaches these kids a lot about car control and driving techniques at a very young age. 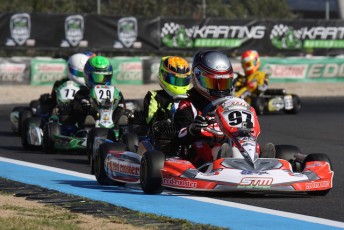 “If you speak to any of the V8 Supercar drivers they’ll all tell you that most of the techniques they use today they learnt during their younger years in karting.”

“It’s also about the time off the circuit. The kids gain a lot of self-confidence by having to communicate with people of all ages and speak in front of people.”

The Geelong event starts with practice for the senior classes on Friday ahead of qualifying and the heat races for all classes on Saturday morning.

The finals will be contested on Sunday which will determine the 2015 Australian Karting Champions.