Jack Perkins’ journey to the top of the V8 Supercars podium has been anything but straight forward.

Following in the footsteps of grandfather Eddie and father Larry, the third-generation racer’s story is one of unwavering determination.

In the following feature, Perkins looks back at some of the most memorable highs and lows from a career that doctors said could not happen. I begged dad for many, many years for a go-kart and I finally got one when I was 11 years old. I had to work on it after school and on weekends and understand the mechanics of it all.

We never did an enormous amount of karting as school was always the priority. But my first two proper sponsors were ironically Holden and then HSV.

I then saved up enough money to buy a 1992 Van Diemen Formula Ford rolling chassis. We bought two engines from a wrecker in Adelaide and went racing.

The highlight was a podium finish at the Sandown 500 national round, racing against some good guys including Daniel Ricciardo. 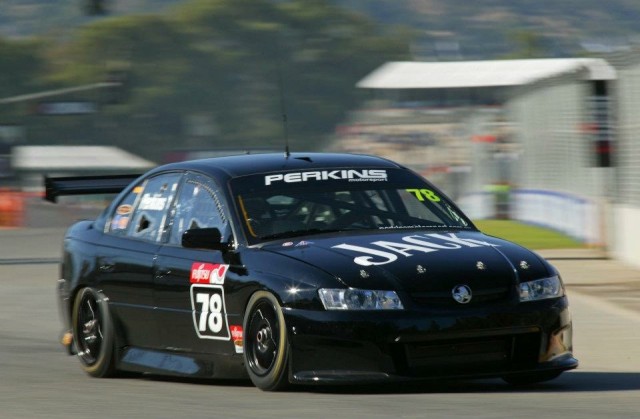 After the car and engine rules changed in Formula Ford, it was going to be an incredibly expensive exercise to race the national series. Perkins Engineering went from four V8 Supercars to two, so we had an inventory of cars, engines, parts and even staff, so it was cheaper and easier to go DVS racing.

I was so nervous heading into Adelaide. I remember the race well, I had worked my way up to about 10th and the gear lever broke! I went a few laps down as we pitted for a new gear lever but it was still a memorable experience and a massive eye-opener and learning curve.

It only took a couple of rounds for myself and team-mate Shane Price to find the podium. We showed great speed that whole year as rookies and we ended up second and third in the series. 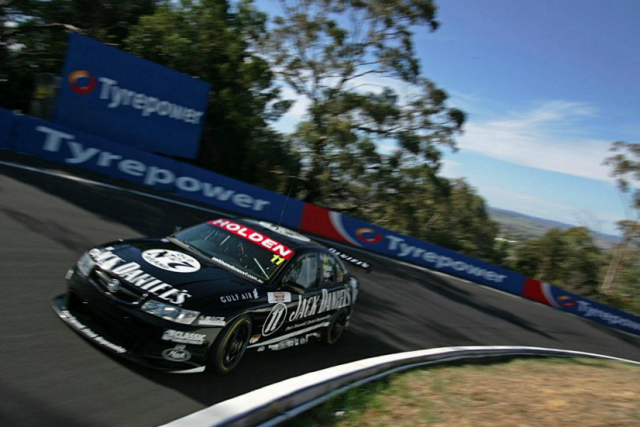 My first Bathurst was a massive weekend. Shane and I were the youngest ever combination and we were doing DVS and the main race. I’d never raced at the track before in anything and on the first day I went from doing 2:17s to 2:11s.

Sunday was unbelievable. I can remember as clear as day the instructions to keep out of trouble. I backed off on Mountain Straight to avoid contact with another car, I was being so careful, and then just came over the crest and there was a HRT car that I had no chance of missing.

At the time I thought it was Jim Richards, I had no idea it was the pole car. I limped it back but we were done. I was pretty disappointed, but also shattered to have taken out Mark (Skaife), who was someone I looked up to growing up.

I went down to see him and apologised, but the reality was he was never going to finish anyway because his clutch was destroyed. The only positive about it all was that a number of Ford fans have stuck with me since that day!

4. Diabetes and stepping down from the main series (2007) 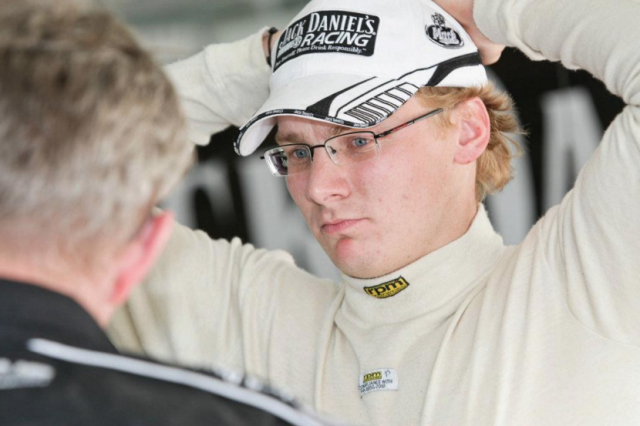 Getting diagnosed with Type 1 diabetes in September 2006 was a massive shock to the system. The diagnosing doctor knew about my racing and pulled out a piece of paper that looked like a CAMS document that said I couldn’t compete in any race longer than 20 minutes. Basically I was told I couldn’t race a car again.

It was gut wrenching, but after sitting around for half a day I worked out I was still me and needed to understand what to do so I could drive a race car again. I was diagnosed on the Wednesday, checked out of hospital on Friday and drove DVS at Mallala on the weekend.

We decided not to tell anyone about it, only a handful knew. In 2007 when I went for my CAMS license I passed the medical by doing some false declarations and things which you don’t want to do, but I did what I had to do go racing.

I felt it wasn’t impacting me in the car, but keeping it private when you’re doing five injections a day and testing your blood at the track, it took a big toll on me. That year Shane and I were rookies in the main game and struggling to get results, so eventually something had to give and I decided to stand down and become public with it.

Since then I’ve been able to work as an ambassador for JDRF and Diabetes Australia and help show people that it doesn’t have to stop you from doing what you want to do. I’m pretty proud of that. 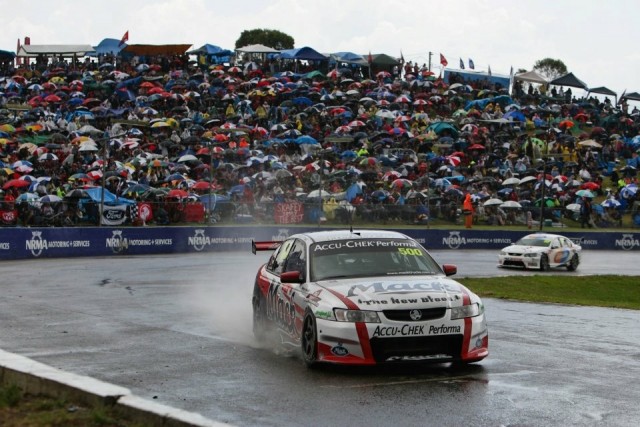 In hindsight it had been a mistake to go into the main game in 2007, but primarily dad couldn’t afford to hire an established driver and didn’t want to take a pay driver. I was on $35,000 a year and obviously really keen to do it, but just wasn’t ready.

Even though we’d gone public with Type 1 at the end of 2007, I knew my driving ability hadn’t changed, so we just had to get a car and try and pick up from where I’d been before.

Winning my first DVS race at Oran Park that year after having a long run of second place finishes was just awesome. That track was so good and to win the last ever DVS race there was pretty special.

It was a tough weekend for a few of us as friend Lucas Dumbrell had a bad accident on the Saturday in the Formula Ford. Myself, Sladey (Tim Slade) and Shane Price all carried a message on our cars for LD. 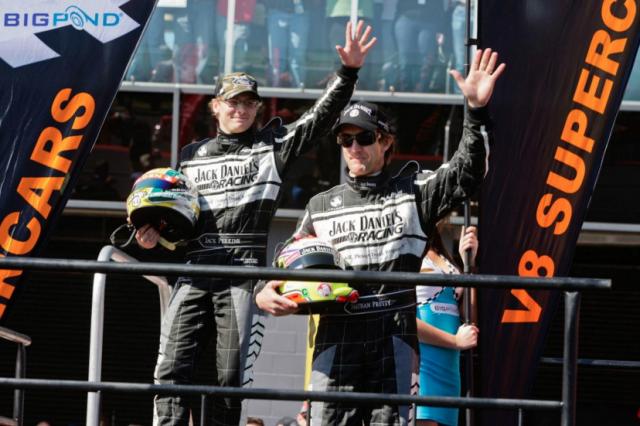 My first top ten at Bathurst is still one of my favourites. Racing with Nathan Pretty in car #11, we both quietly went about our business and finished both enduros in eighth that year.

I’ve been lucky to have driven with a lot of good people who I’ve learnt from. There’s bits and pieces about Bathurst that Nathan taught me that I carry with me to this day.

To get eighth place finishes at Bathurst with Russell Ingall (2011) and then my good mate Scott McLaughlin (2013)… they’re all results that I’m proud of as well.

Driving with Russell was special for obvious reasons. I always wanted to race with dad, but that never happened, so to pair up with guys that either raced with him or against him was special to me. 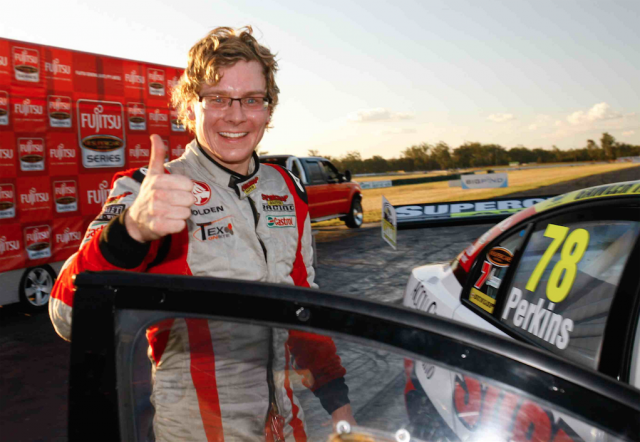 After a tough year in the main series with Kelly Racing in 2009, I’d moved up to Queensland to just get away and start again basically.

I was working for Paul Morris and managed to lease a car off James Rosenberg, prep it after hours at PMM and win at Queensland Raceway. Doing all that and having a good run with James and the Stone Brothers in the enduros really kick-started my career again.

The first year of DVS it all seemed so easy because we (Perkins Engineering) had all the cars and equipment, so running wasn’t that expensive. But when you’re a small team buying parts from the main series, it becomes very expensive and hard to raise budgets for.

In 2011 when I ran with Mick Ritter and Sonic and I remember begging, stealing and borrowing parts to go racing. Guys like Roland (Dane) helped pay for some things, which most people don’t know. 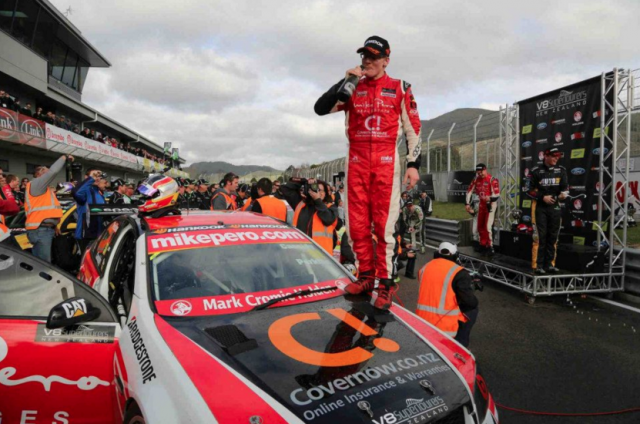 I really enjoyed my three years in NZ. It all started as a last minute fill in for Murph (Greg Murphy) when he was injured. I’d shown an interest in racing over there but everyone wanted telephone numbers (budget) to drive their cars.

When I went over I didn’t know what to expect. I’d never been to Taupo or met Nick Cassidy, but we jumped in, got down to business and won the first race. That will go down in my history as one of the most enjoyable weekends based on there being good equipment but no expectations.

The cars were good, but they were simple and the whole thing had a bit of a Victorian State Series feel. We never looked at any data, didn’t walk the tracks, just got in and enjoyed some pure racing. It was thoroughly enjoyable.

It was also a bit special to be driving Murphy’s famous #51 in New Zealand. Murph and I went on to win, I think, four races together and had 16 podium finishes all up. 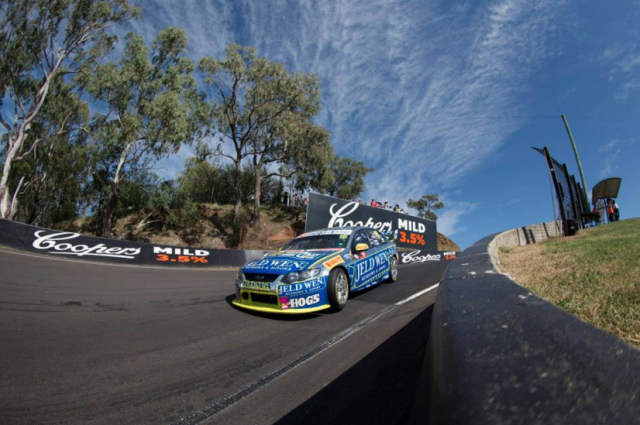 There are a few boxes I’ve always wanted to tick in racing and one of them is the Top 10 Shootout at Bathurst. They had resurfaced the track for 2014 and it kind of created a more level playing field.

Cam (Waters) and I were fast all weekend, qualified in the Shootout and to have that whole track to yourself for one flying lap was awesome. We were in the hunt all day in the race, running fifth with about 25 laps to go but got a drive through penalty for an unsafe release in the pitlane.

It was very disappointing but to me that weekend proved that I could still run with the front guys during a pretty tough season.

In a way it had been a year of careful what you wish for. I’d worked for four years to get that opportunity and on paper what we’d put together was pretty good. But it was the same old thing, I was busy in my own workshop to pay the bills because I wasn’t earning any money out of driving.

I still put in 110 percent effort, but I just couldn’t get the most out of the car. The practice time and tyre allocations had been slashed as well and often by the Sunday night we were close but by then it was too late. 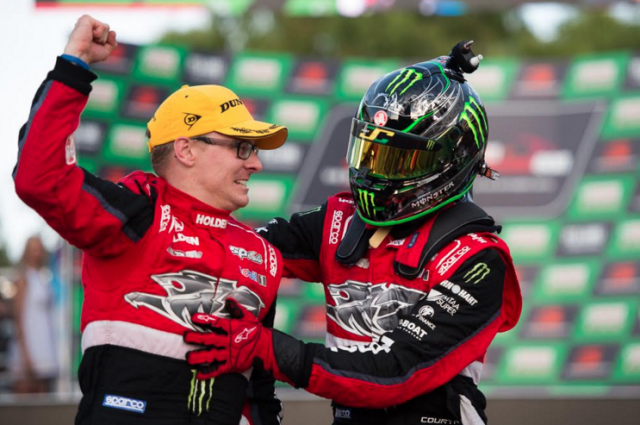 Sunday was an absolutely amazing day. I was so desperate to drive with JC as he is one of the top guys in pit lane and it was such a massive disappointment for everyone that he couldn’t do Sandown or Bathurst.

There was a lot of uncertainty going into the Gold Coast weekend, but in the car James never missed a beat. Our 5th place Saturday equalled my best result from 2010 with Sladedog.

On Sunday once we double stacked I thought our day was done but Al (our engineer) got JC back in for fuel two laps later and that was the move that won us the race. JC did an awesome job, he did the bulk of the work in the car but I’m so glad we could finally get together to share a win.

There are so many people to thank for the help and support over the years. Mum and dad, my girlfriend Chelsea, my sister Nichola, all of my aunties and uncles, Bobby Smith, Craig Koennecke, Shaun Hockey, Barry Abbettmeyer, Rodney Frith, Kim Menzie, Paul Morris, Ross and Jimmy Stone, James Rosenberg, Michael and Maria Ritter, Garry Rogers, Benny and Rach Eggleston, Charlie Schwerkolt, Simon McNamara, Ryan Walkinshaw, Adrian Burgess, everyone at HRT and of course James Courtney.