IndyCar moves to lengthen its 2016 schedule 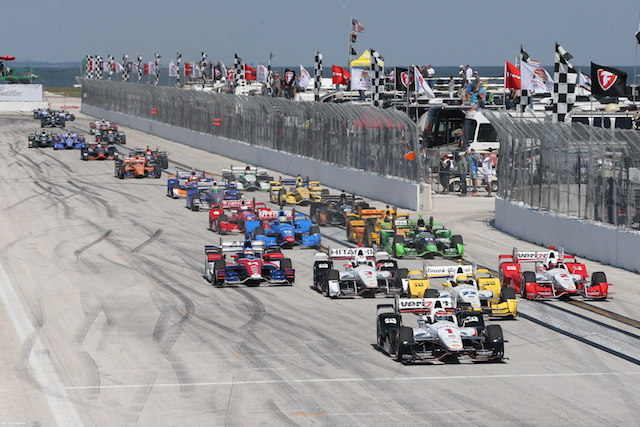 IndyCar is set to stretch its 2016 by over a month. St Petersburg in Florida (pictured) will again kick off the season

IndyCar is set to broaden the length of its season when it releases the 2016 calendar this week.

Again opening with the St Petersburg street race and ending at Sonoma in California, the 2016 season promises to be more than a month longer.

The latter part of the season will be more spread out compared to the cramped ending to this year’s schedule which saw a hectic finish with the final five races from July 12 to August 30.

IndyCar has chopped Fontana and Milwaukee while New Orleans’ NOLA Motorsports Park, which made its debut on the calendar this year, will also be missing from the 2016 line-up.

A new street race is also ready to join next year in Boston, ahead of the final round at Sonoma.