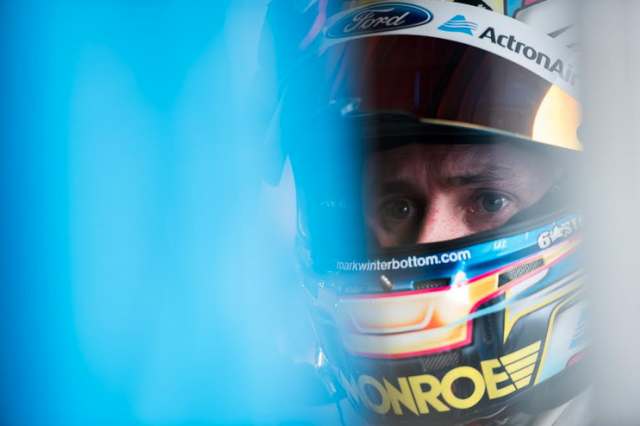 Mark Winterbottom saw his points lead slashed at the GC600

Prodrive principal Tim Edwards has vowed that his team will learn from the Gold Coast mistakes that have put ‘unnecessary pressure’ on Mark Winterbottom’s title bid.

Winterbottom’s lead over Red Bull’s Craig Lowndes was slashed from 399 points to 258 at Surfers Paradise as the Ford driver recorded two of his worst finishes of the season.

Contact in pitlane due to a mistimed release led to a 23rd place finish on Saturday before a lacklustre run to 11th on Sunday.

The results marked the first time since Adelaide’s season opener that Winterbottom left a weekend without at least one podium finish.

“We’ve had a really good run of 10 tracks that we were quick at and one that we’ve struggled at,” Edwards told Speedcafe.com.

“We will learn from it, that’s my focus. If we just put it behind us and think it’ll be easy street from here we’re kidding ourselves.

“We’ve got to learn from it. We were surprised at the fuel economy that some other people had, which is something we’ll look at.

“There’s quite a few things that aren’t just mistakes in the pitlane or car speed. There’s a number of things that weren’t right for us this weekend and we’ve got to address each and every one of them.”

Still ruing the pit error on Saturday, Winterbottom added that the team can’t afford to allow the sort of mistakes made in years gone by creep back into its game.

“We can’t get under pressure and revert back to old ways,” said Winterbottom.

“We’ve got to be confident and back ourselves and look at what we’ve done in the 10 rounds previously and not get the jitters.

“It feels like we just need to grab a hold of it and get our act back together. It was a bad weekend for mistakes.

“It puts unwanted pressure, unneeded pressure on me when I think on track I drove alright,” he added.

“I’m not making mistakes. This is a high risk track where you can hit walls and bend cars and we did it in pitlane.”

Winterbottom stressed that he was not turning against his team after the poor weekend.

“You’ve got to back your team, I’m not canning them,” he said.

“We’ve just got to regroup and get it together. We all want it, we’re all desperate to win it, we just can’t do things like what happened on Saturday. We lost this weekend, they didn’t win it.”