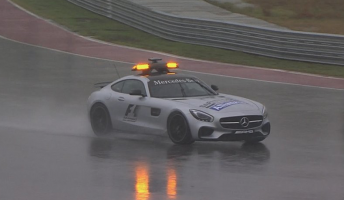 Persistent heavy rain has forced race control to postpone qualifying for the United States Grand Prix at Austin’s Circuit of the Americas.

The FIA has confirmed that qualifying will be rescheduled for 9am Sunday morning local time.

After successfully completing final practice in wet conditions, rain showers became heavier prior to qualifying forcing the FIA to initially delay the session start by 30 minutes.

With conditions failing to improve, the session start time was pushed back by another three hours before the FIA decided to reschedule qualifying for Sunday.

The last time qualifying took place on a Sunday was at the 2013 Australian Grand Prix.