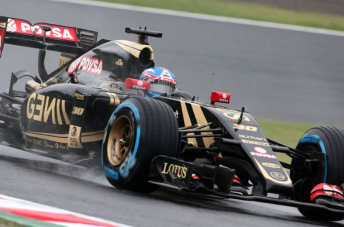 Jolyon Palmer has secured the second race seat at the Lotus Formula 1 Team for the 2016 campaign.

The reserve driver at the Enstone squad has been promoted into the drive vacated by Romain Grosjean, who has joined the new Haas F1 operation.

He will join the already confirmed Pastor Maldonado, who recently penned a new contact at the team set to be taken over by Renault.

After winning the 2014 GP2 title, the son of former Formula 1 driver Jonathan Palmer, joined the Lotus team in a reserve driver capacity this year.

In that role the Brit has completed several practice 1 outings in Grosjean’s car this season.

Looking ahead to his full grand prix debut next year, the 24-year-old says he feels ready to graduate to motorsport’s pinnacle with Lotus.

“It’s been such a long journey and I’m so glad to have been confirmed as a race driver with the team next year,” said Palmer.

“A lot of hard work has gone into preparing for this to happen and into proving what I’m capable of delivering.

“I’m very grateful to everyone who has so far helped me at the team; I’m now looking forward to 2016 and to build on the experience that I already have.

“I have enjoyed working with the team and ultimately it has given me the chance to prove what I’m capable of. I’m absolutely ready for it now.”