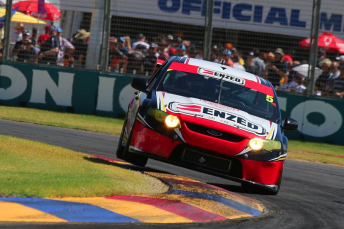 For the second year in succession, the Dunlop Series has been reinstated to the Clipsal 500 Adelaide support card after an initial snubbing.

The second-tier series was left out of the seven-category support line-up announced last month, which blind-sighted V8 Supercars and the Dunlop teams.

Local organisers pointed to market research as the reason for the move, stressing a desire need to add variety to its bill.

Subsequent negotiations with V8 Supercars have however seen a backflip, with the Dunlop Series added to a now eight category support program.

A similar series of events played out last year, albeit before the supports line-up was officially announced.

“The Dunlop Series has a long and proud history with the Clipsal 500 and we’re pleased to continue that association into next year’s event,” said Clipsal 500 Adelaide director Mark Warren in a statement

“2016 is shaping up as one of the most exciting in the Dunlop Series, with Car of the Future chassis lining up on the grid for the first time ever.”