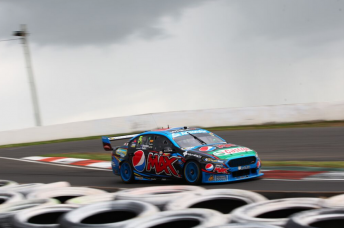 Bathurst will be just one of three events to feature the hard tyre next season. pic: Peter Bury

V8 Supercars has announced a raft of format changes for next season, including the move to a single 120km Saturday race at Super Sprint events.

The 120km races, which will feature a compulsory pitstop to change four tyres, replace the much maligned current format of two 60km heats.

Other format changes include a return of the Top 10 Shootout in Darwin and the implementation of a 4 x 100km sprint format for Pukekohe and the new KL City GP.

The Sydney 500 will meanwhile revert to a twin 250km format after the Saturday race was split into two 125km races last year.

V8 Supercars’ Commission has also locked in changes to the tyre formats, with an overall increase in allocation from 324 to 400 per car for the season.

The current soft compound will be used at all events except Albert Park, Bathurst and Phillip Island, which retain the hard tyre.

None of the four new compounds tested at Queensland Raceway in September, which included a super soft, will be raced.

“We recently announced our calendar for 2016 and believe these formats will further enhance our events and make for even more exciting racing,” said V8 Supercars CEO James Warburton.

“The move to soft tyres for the majority of events will mean better racing and this can only be good for teams, drivers and the fans.

“Changes to our sprint formats will also make for more absorbing racing and four separate races in each of Auckland and Kuala Lumpur will showcase V8 Supercars on the international stage.”

Current championship leader Mark Winterbottom is among those to welcome the changes, which will come following a 2015 season that required mid-year tweaks to the tyre formats following widespread complaints about dull racing.

“Next year’s race formats are great for both drivers and fans – V8 Supercars have listened and I think we will all be better off for the changes,” said the Prodrive star in a category statement.

“The soft tyre generates great racing and the challenge of trying to make it last as long as possible will be greater next year given it is going to be used everywhere but Bathurst, Phillip Island and the Formula 1 Australian Grand Prix.

“The single race format on Saturday at the Super Sprint events is also going to spice things up as with a compulsory stop it brings strategy back into the first day of racing.

“The bigger bank of tyres is also a boost so on paper it looks like we are all in for a great year of racing in 2016 no matter the format.”