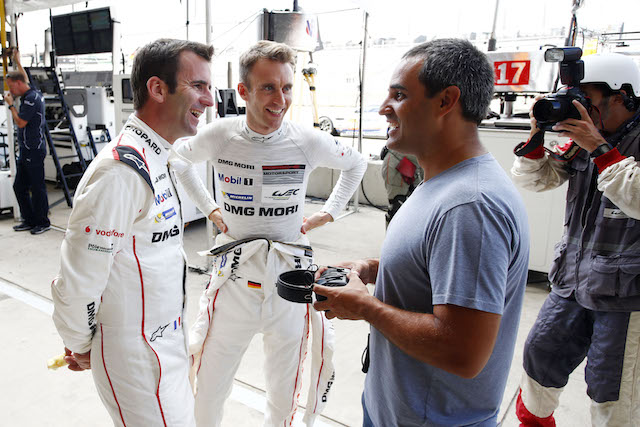 Montoya chats with Romain Dumas and Timo Bernhard at the Austin, Texas, WEC race in September 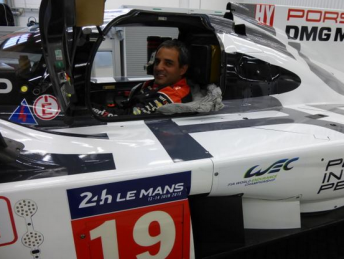 Montoya is the latest to be signed for the test which is scheduled for the day after the final round of the championship at Bahrain on November 21.

The 40-year-old was a guest of Porsche at the recent Austin WEC event and previously worked with the team’s manager, Andreas Siedl, during the pair’s stint in Formula 1 with Williams-BMW.

GP2 series regular and former GP3 champ Mitch Evans has already been in the 919 simulator in preparation for the test which will now also include Montoya.

Porsche will see its reigning Le Mans 24 Hour winner and Force India F1 driver Nico Hulkenberg ruled out of defending his crown with the provisional F1 calendar scheduling the grand prix in Baku on the same weekend as the French classic in 2016.

The Zuffenhausen maker continues to work on a driver to accompany Nick Tandy and Earl Bamber in the third Hybrid which is also expected to do the Spa 6 Hour race as a crucial lead-up to Le Mans.

The line-ups for the two full-time 919 machines remain unchanged for 2016. 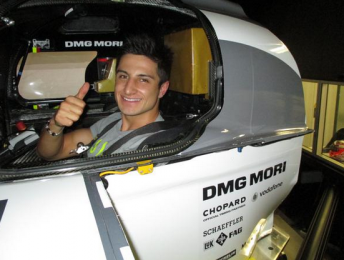 Montoya has undertaken a seat fitting for the Porsche squad while Evans, who has previously enjoyed a sprinkling of LMP2 experience, has spent time getting up to speed with the 919 in the simulator.

Porsche heads into the penultimate round of the WEC at Shanghai from October 30-November 1 holding all the aces over arch rival Audi.

The 919 of Mark Webber, Brendon Hartley and Timo Bernhard scored its third straight win at the previous round at Fuji which has seen the #17 Hybrid overtake the Audi R18 e-tron quattro of Andre Lotterer, Benoit Treluyer and Marcel Fassler by one point in the driver’s standings.