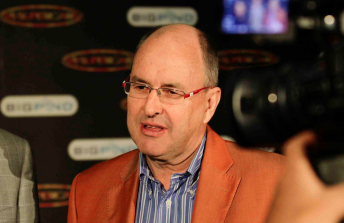 Former V8 Supercars boss Tony Cochrane has joined the United States-based Global Rallycross series as an advisor to the board.

The outspoken Cochrane was instrumental in the growth of V8 Supercars during his tenure as chief executive between 1996 and 2012.

He currently operates promotions company International Entertainment Consulting and is a board member of the Gold Coast Suns AFL team.

“Having access to Tony’s deep experience in managing one of the world’s premier motorsports series will be a great asset to the series,” said Dyne.

“He is a true innovator, which perfectly complements the GRC series as we continue to disrupt the traditional motorsports landscape.”

Cochrane believes there is great scope for the rallycross championship to continue growing four years on from its inaugural season.

“GRC is fantastic racing that appeals to a much younger demographic than traditional motorsport such as NASCAR,” he said.

“The racing is action packed and made for television but also brings a real excitement at these temporary circuits as well. I can totally see why new manufacturers and teams are jumping in – its growth is going to be amazing.”