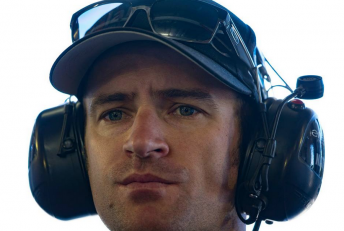 Will Davison is set to become the latest driver to shake-up the V8 Supercars silly season as he closes on a switch from Erebus to Tekno Autosports.

Despite being in just the second season of a four-year deal with Erebus, speculation has linked Davison to the Tekno seat since Shane van Gisbergen’s plans were revealed in March.

Expectations of a Davison move intensified following the recent announcement that Scott Pye, who had been the other known contender for the Tekno seat, will stay on at DJR Team Penske.

Although neither team has confirmed the move, multiple reports today say that Davison’s management has this week agreed to a termination of the driver’s Erebus deal.

Moving to Tekno will give Davison access to Triple Eight equipment and see the 33-year-old pitted alongside the Caltex-backed Commodore of Craig Lowndes.

Amid the 2009 Bathurst winner’s impending departure, Speedcafe.com understands that Erebus continues to plan for a two-car campaign in 2015.

Currently with Ash Walsh on a two-year deal, the squad entered both of its Racing Entitlements Contracts before last week’s deadline and is said to be looking for a proven winner to lead the team.

Drivers still on the now thinning market include David Reynolds, whose Prodrive Ford is expected to be taken over by Cameron Waters next year.

Davison’s exit will free up significant budget at Erebus, which is said to have been paying the driver in excess of $800,000 per season, making him one of the highest paid in the sport.

Other big movers in the V8 Supercars include Fabian Coulthard, who will leave Brad Jones Racing for DJR Team Penske, and Tim Slade, who is set to shift from Walkinshaw to replace the Kiwi.

Next Story Dane set for V8 Supercars Board re-election

Previous Story GALLERY: Up close with the Prodrive DeLorean