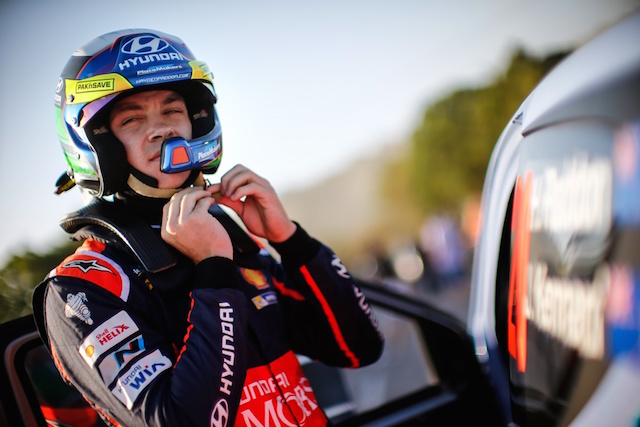 Kiwi star Hayden Paddon has inked a fresh contract with the Hyundai World Rally Team which ensures he will remain with the Korean manufacturer until 2018.

Paddon and co-driver John Kennard have been rewarded for their professional approach and proven pace, regularly outgunning the team’s #1 Thierry Neuville this season.

The 2011 PWRC champion has made a steady transition since being awarded a part-time six-event WRC program with Hyundai last season before signing on for 12 of the 13 rallies this year.

The new contract will see 28-year-old Paddon contest the full WRC campaign in 2016.

Paddon and Kennard led the Italian rally in June before finishing second which realised the pair’s maiden WRC podium.

“The past two seasons have been an amazing journey and we have grown a lot,” Paddon said.

“The team has helped me to develop and based on the rate that we have progressed together I have no doubt we will be winning soon.

“We are all working and striving towards becoming World Champions and I firmly believe Hyundai Motorsport will offer me the best opportunity to achieve that goal.

Michel Nandan, team principal for the German-based squad, said Paddon had delivered since joining the operation last season.
“Since he joined the team early last year, he has proven to be a worthy addition to our young team,” Nandan said.

“He is consistent, quick and determined and with even more potential for growth.

“From the start of our WRC programme, we have wanted to support fresh, young talent and Hayden has shown just how successful this can be.”

While there has been speculation about whether Neuville will leave the squad, he along with experienced Spaniard Dani Sordo remain under contract with Hyundai next year.