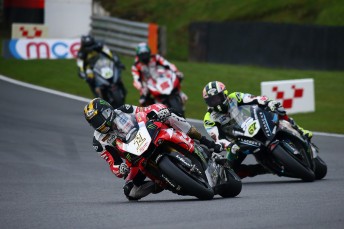 The 32-year-old from Sydney managed to secure the title with two races to spare after defeating championship rival Shane Byrne in the first of three encounters at the famous Brands Hatch Grand Prix circuit.

Brookes and Byrne were involved in a thrilling dice for the lead with the former eventually seeing off the defending champion.

The victory proved enough to take the title with the Milwaukee Yamaha rider becoming the first Australian to win the championship since Troy Bayliss in 1999.

“It’s amazing. For me I feel like that kid that grew up in Bringelly, a country town west of Sydney, and went to Bringelly Public School, and rode a dirt bike around in a field, and did it for fun, and then one day it was a race, and another race, and then it turned into a career,” said Brookes. 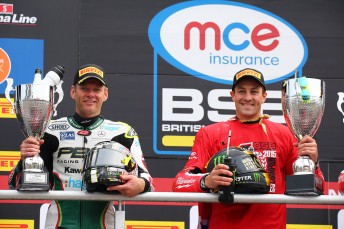 “To be sat here next to Shakey (Byrne) and John Hopkins and be taking the British Championship is something that people have said over the years you’d never do and never get close to.

“I’ve always had some unknown desire since young age to pursue motorbikes as a career, so it’s not something I can put in words, but it’s something I feel and it feels great.”

Brookes completed the weekend by holding off Byrne to win Race 2 before suffering a retirement in the final contest.