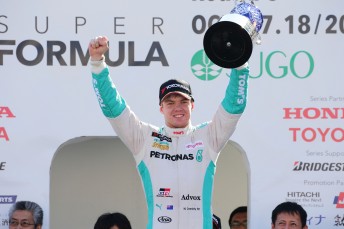 New Zealander Nick Cassidy lifted the Japanese Formula 3 title after recording a clean sweep of the final round at Sugo.

The Aucklander headed into the finale level on points with Japan’s Kenta Yamashita but emerged with the crown following a perfect weekend that saw Cassidy claim two pole positions and two victories.

The 21-year-old, driving for TOM’S Racing, produced another dominant performance in the final race finishing 19 seconds ahead of Ordonez and Yamashita.

“Mega. Super proud of our performance this weekend,” said Cassidy. 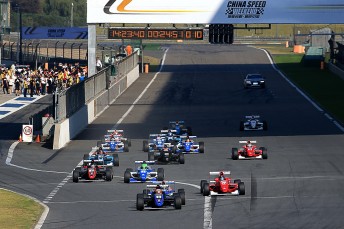 “Two poles, two wins and two fastest laps. The team at TOM’S Racing has done an amazing job all year.”

Cassidy will now prepare for the the prestigious Macau Grand Prix held from November 13-16.

Alessio Picariello rounded off the Formula Masters China Series season with a double victory at the Shanghai International Circuit.

The Belgian driver completed two lights-to-flag victories to extend his run of consecutive wins to five as he claimed fourth in the championship standings.

The race started under the Safety Car due to a deteriorating track surface.

Picariello managed to fend off a hard charging Rump to take victory in the second race, while Parsons held on to third from Read to secure second in the championship.

“It’s nice to finish the weekend on a high note,” said Parsons.

“It was a bit of a testing weekend as we carried our gearbox issue from Zhuhai over to Shanghai and so a big thanks to the team for their hard work.

“(Race 18) was a bit tough as I had some pressure from Aidan (Read), but I just kept focused and did my best to manage the gap.

“I’m very happy to finish on the high note and to finish in second position – it looked like it was a risk this morning when Nick was on the podium.

“We came back with a nice finish and all in all I’m happy with the year.”