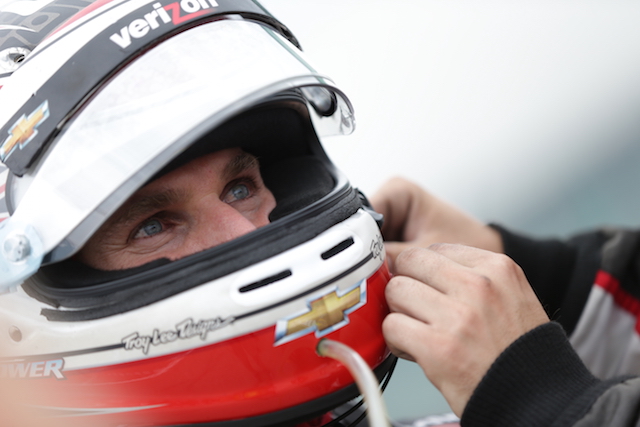 Will Power is a vocal advocate for safety in IndyCar

Australian IndyCar ace Will Power says advancements in helmet technology could be the solution rather than closed cockpits as the FIA and open wheel categories continue to search for improvements in head protection.

The FIA has long explored closed ‘fighter jet style’ cockpit solutions however designs over the years have uncovered significant disadvantages during exhaustive testing.

While some iterations have proved more successful than others, open wheel categories around the world are seemingly no closer to preventing driver’s being maimed or killed by debris in accidents.

Power, the 2014 IndyCar champion, is a vocal safety advocate for the sport and believes a focus on improving helmet designs may prove more beneficial.

“You see all of these canopy type devices so they are looking for a way but they haven’t found it,” Power told Speedcafe.com

“So maybe a helmet within a helmet is what I envision it will be.

“You’ve got to remember when you race on a superspeedway in an IndyCar you’ve got to be able to have tear-offs as you go along so with a canopy you couldn’t do that because it gets so peppered, sand blasted because of the speed you are doing.

“There’s a lot of problems with cooling. It would be tough and getting someone out in a bad situation if it’s outside down.

“The good thing is everyone is onto it so between the FIA and IndyCar I’m sure they are going to come up with something.”

Protection for drivers has come under the spotlight in recent years following a list of serious accidents involving head strike.

Within a week of each other in 2009 Henry Surtees was killed by a loose wheel in a Formula 2 race at while Felipe Massa sustained a severe head injury during the Hungarian F1 Grand Prix.

Dan Wheldon suffered massive head injuries in a fatal accident when his car was launched into the catch fencing at Las Vegas in 2011.

Power suffered two fractured vertebra in the Wheldon crash which was the Toowoomba driver’s second serious back injury in two years.

The Toowoomba driver says radical helmet designs could lessen the risk of injury or death in the event of debris.

“I think helmet technology is where the things can change because we are pretty much supported from three sides here (back and two sides) with almost another helmet you could say,” said Power, who sits on the IndyCar drivers’ association with James Hinchcliffe, Tony Kaanan and Simon Pagenaud.

“With the collapsable foam and being connected with the HANS device, the weight of the helmet isn’t as big an issue as it was in the past.

“In my opinion, the shape and the size of the front of the helmet could change to help with debris however that is done.

“The helmet manufacturers probably have a heap more data on that stuff than IndyCar would.

“And I think IndyCar is probably working with those guys right now and the FIA to find a solution to stop head injuries.

“I’m very vocal on safety because I’ve hurt myself pretty badly and I’ve seen some pretty nasty stuff. I really want it to be safe.