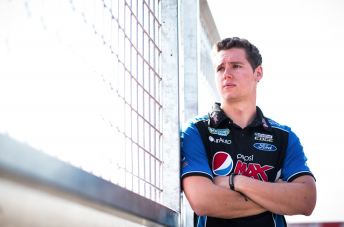 Cameron Waters will take Chaz Mostert’s place in at least two of the final three single-driver V8 Supercars events of the season.

In addition to announcing a Waters/Russell Ingall Gold Coast pairing, Prodrive has confirmed the widely expected news that Waters will take over the car at Pukekohe and Phillip Island.

The Kiwi event will mark the 21-year-old’s first solo start in the V8 Supercars Championship and provides the perfect warm-up to a potential full-time role next season.

Prodrive says it will wait, however, to decide who will drive the #6 Ford in the season finale until closer to the event, when the various championship equations have become clearer.

Waters already has his own Dunlop Series season finale on the Sydney weekend, which he heads into with a 149 point lead.

Prodrive will also be looking to secure the V8 Supercars’ drivers’ title with Mark Winterbottom and teams’ title at the December 4-6 Sydney meeting.

“I’m really happy that the team has put their faith in me and asked me to race the car at Auckland and Phillip Island,” said Waters of the two-event confirmation.

“It’s a great opportunity for me to prove that I can be competitive in the main game and help the team achieve that teams points championship which is the main aim.”

Waters also says he’s looking forward to learning from veteran Ingall, who has a particularly strong record on the streets of Surfers Paradise.

“It’s great to be racing with Russell,” he said.

“He has so much experience and I am really looking forward to learning a lot off him, particularly at the Gold Coast.”