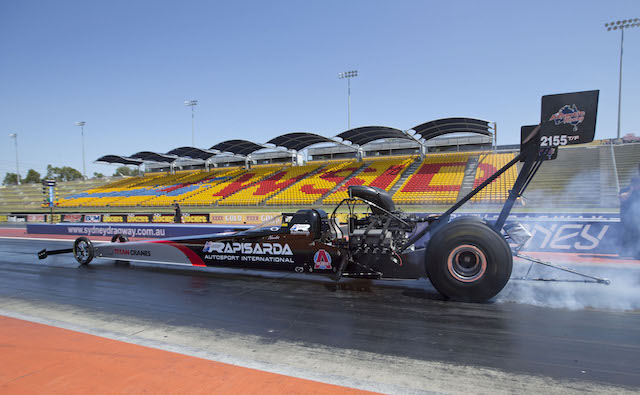 Details of a breakaway drag racing series have been unveiled in Sydney, including a $750,000 prize pool and Fox Sports television deal.

Led by the country’s premier circuits, the APDR group has elected to push on with plans for a breakaway series following governing body ANDRA’s relaunch of its own series earlier this month.

“This marks the start of a new age in Australian drag racing, and just like our competitors on the start line, we are only looking forward from here,” Wedlock said.

“400 Thunder is the ideal branding as it not only tells the distance we race over, but describes the noise and sensation our fantastic sport creates.

“The sound and feeling of a Top Fuel dragster, and all the internationally-recognised headline categories, really is like a crack of thunder and I know competitors and fans will throw their support behind the brand.”

The entire 400 Thunder Australian Professional Drag Racing Series will be shown in prime time slots on Fox Sports, with 37 weekly episodes that includes more than 30 hours of air time.

The $750,000 in prize pool will be spread over a yet to be revealed 10-event calendar which will be hosted in three states.

“We have a huge season in store the 400 Thunder series, and I speak for everyone when I say we can’t wait to kick it off with the East Coast Nationals at Sydney Dragway next month,” he said.