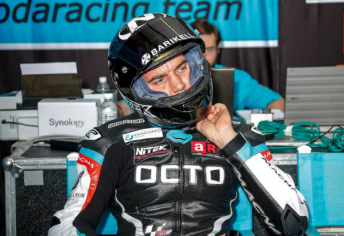 MotoGP rider Alex de Angelis is in a stable condition in a Japanese hospital as he awaits further tests to assess his injuries today.

The Ioda rider, who sustained an intracranial bleed, fractured ribs and vertebrae and a lung contusion in a crash at Motegi, continues to be closely monitored at Dokkyo University Hospital.

De Angelis has showed signs of improvement with the San Marino rider now conscious, alert and communicating after being initially in a critical condition.

His Ioda Racing team has confirmed he will undergo specific tests on his lungs today, while a further MRI scan has been ordered to monitor the intracranial bleed.