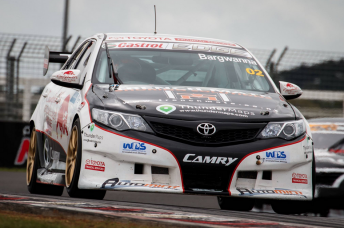 A 21-car field will be made up of eight V8 SuperTourers, five TLX NZV8s and eight TL NZV8s.

The TLX contingent includes former Bathurst winner Bargwanna, who returns for a third season aboard the Richards Team Toyota Camry.

“This weekend is a major step in giving back to the fans and putting on dynamic and exciting racing by bringing together the best the country and Aussie has to offer,” he said.

“Having all the frontline championship teams and drivers on the track together means it is going to be an absolute cracker of a season.

“We have our sights set on not only beating Nick Ross (Nissan) and Simon Evans (Holden), but frankly having everybody on the track is going to be epic.”

Evans is joined by the likes of Angus Fogg, Tim Edgell, Gene Rollinson and Craig Baird in the SuperTourers.

“I’m very excited that we are all back under the same umbrella,” said Evans

“It’s going to be a good grid of V8s with undoubtedly some good battles throughout the field for the fans to watch.

“Bargs will be racing at 110 percent as he always does and it will be great to have Craig Baird back on the grid with Team Kiwi Racing as well.”

Darwin teenager Bryce Fullwood will also be behind the wheel of a V8ST, making his debut in the class to bolster his Dunlop Series campaign.