NASCAR to implement lower downforce in 2016

NASCAR to implement lower downforce in 2016 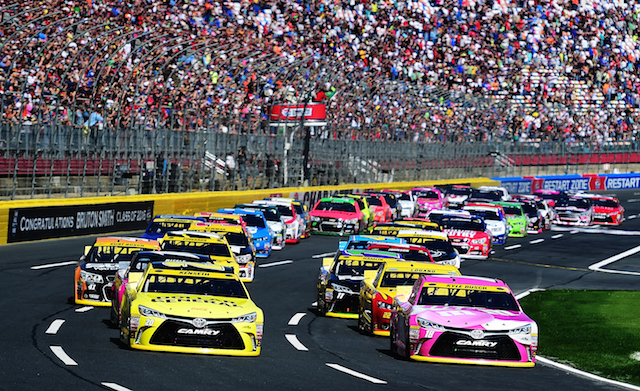 NASCAR has trimmed downforce in the baseline Sprint Cup rules package to be rolled out for next season in an effort to boost competitiveness.

NASCAR is relying on modifications to the Sprint Cup machines to increase entertainment after a series of lacklustre events this year.

The base package will provide a 3.5-inch spoiler, 0.25-inch front leading splitter edge and a 33-inch wide radiator pan which will see decreased cornering speeds and an opportunity for increasing overtaking.

Goodyear will manufacture tyres to fall into line with the lower downforce settings.

“The success of the races at Kentucky and Darlington in similar trim (earlier this year) proved extremely valuable in accelerating rules development for 2016.

“Now, as teams have even more time to prepare and a strong baseline of data, we anticipate the racing to be even better.”

Rear gear ratios will be adjusted to maintain a maximum 9000rpm while a 1:38 third gear ratio will be used at all tracks under 1.25 miles (2km).

Digital dashboards were optional this season but will become compulsory in 2016.