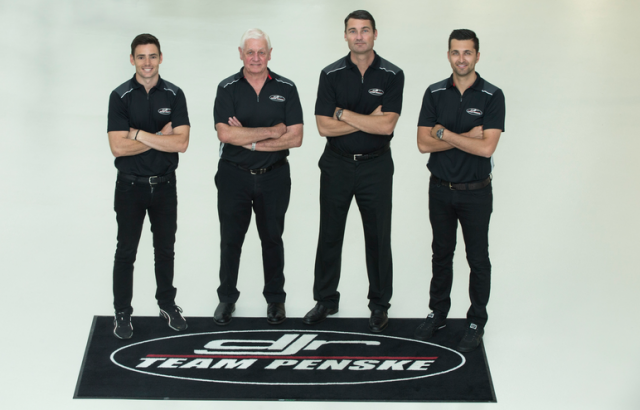 Fabian Coulthard says he’ll be gunning for podiums from the outset next season as he settles into the emerging DJR Team Penske. The Kiwi will move from Melbourne to the Gold Coast to join the team following four seasons at Brad Jones Racing.

Coulthard and BJR have proven a race winning combination over recent seasons without managing to string together a successful full-season championship assault.

“We will certainly try, (but) I will have to learn the car and things like that,” said Coulthard when asked if he is expecting to be a title contender in his first season with the team.

“There is going to be a building process. Obviously you don’t win a championship at the first round and we have a year to achieve that.

“We will start off by going for podiums and things like that. I feel like there’ll be a slight building phase but I hope the building phase isn’t too long.”

Coulthard’s transition will be assisted by the simultaneous move of his current race engineer Phil Keed.

“I think the driver engineer relationship is important, so the fact that he has ended up here will have helped my position a little bit.”

Although BJR has managed to produce front-running cars, Coulthard pointed to Team Penske’s credentials as part of the reason for his switch.

The American giant had a rocky start to its V8 Supercars foray this year but has made strong progress throughout the season with Scott Pye, who will be retained in a second car.

“Obviously I have kept an eye on the progress of this team,” said Coulthard.

“I feel like it’s heading in the right direction and is something I want to be apart of.

“It is such an iconic brand. The potential within the team and the success it has had not only in America, but I feel like we can branch that into Australia as well.

“I’m expecting to have a building phase but I am all about the bigger picture of winning championships and I feel this is my best opportunity.”

Coulthard and the team both declined to detail the length of the contract between the two parties.

“From our perspective our drivers and contracts are worked out with the drivers and not the media,” said Team Penske president Tim Cindric.

Coulthard will drive the team’s #12 entry next season, with Pye retaining the #17.