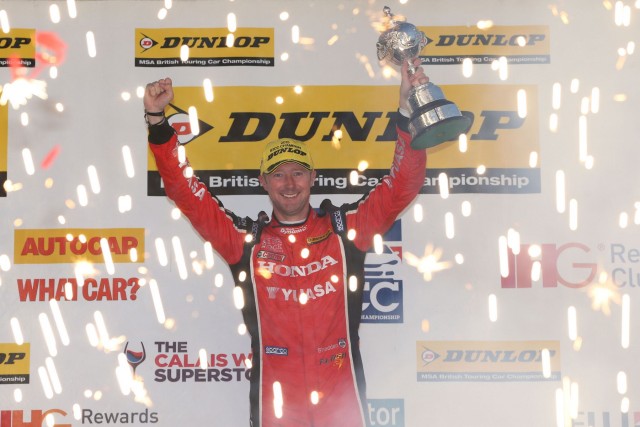 Helping Honda to the manufacturer’s crown for a fifth time, Shedden, qualified on maximum ballast in fourth before finishing sixth in the opener however he was left languishing in 19th in the second race after suffering suspension damage.

It made for a tense deciding race with Jason Plato on the front row, Shedden had a lot of work to do.

He managed to weave his way through the field after a series of early Safety Car runs, moving through to finish fourth and claim the title.

“This means everything to me,” Shedden said.

“It’s just incredible – I’m struggling to put it into words.

“It was teamwork at its best and this belongs to the team – you’re only as good as the car you’re sat in, and the Honda Yuasa Racing guys have given me an amazing bit of kit all season.

“It seemed like the impossible dream going into race three, with Jason on the front row and me so far back.

“I could see the laps ticking down and I honestly thought I was going to run out of time and come so close yet so far.

“It just goes to show that you can’t write the script in touring cars, because there are always so many twists and turns. I think it’s going to take a few days to properly sink in.”

Jackson secured victories in Race 1 and Race 2 for the resurgent Motorbase squad. 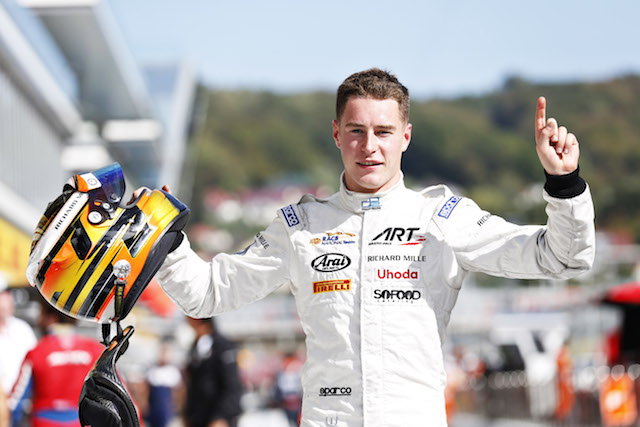 British driver Alex Lynn was seemingly on his way to a victory before crashing out after the race was shortened after a long stoppage for an opening lap incident.

Racing Engineering driver Rossi, who will step in to drive for Manor’s F1 team for the remainder of the season, scored a 3.1s win from Pierre Gasly (DAMS) with ART Grand Prix’s Stoffel Vandoorne third.

But all the focus was on fourth placed Vandoorne who has officially sealed the GP2 crown with two races to spare.

Vandoorne produced a solid weekend after going into the Sochi weekend with a huge lead in the points.

“We could have done it yesterday (feature race), but things did not go 100 percent our way,” Vandoorne said.

“But crossing the line in fourth was enough to do it.

“That’s what counts in the end. The job is done and now I have two weekends left in the season: I will be relaxed and have no pressure.”

Meanwhile, Stanaway continued his strong form after storming into the lead from polesitter Arthur Pic after the start.

GP2 will resume at the Sakhir Internatioal Circuit in Bahrain from November 19-21. 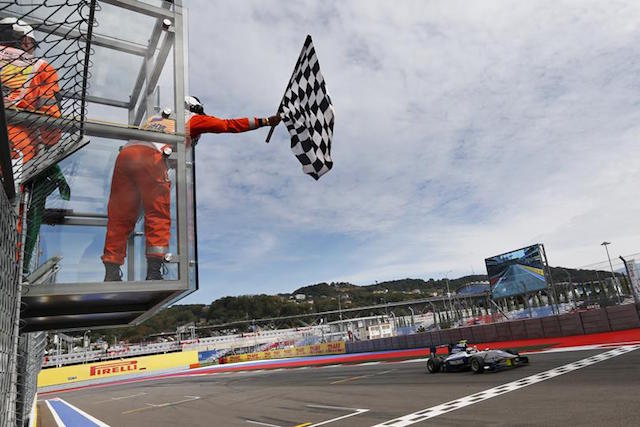 The series was spiced up in the second race with Jimmy Eriksson taking victory after dominating the race from the start.

Ocon finished second ahead of Nissan poster boy Jann Mardenborough (Carlin) who held his team-mate Antonio Fuoco out of the final podium spot.

Ghiotto scrambled into eighth position which has seen has championship lead reduced to two points over Ocon.

The series will resume at Bahrain from November 19-21. 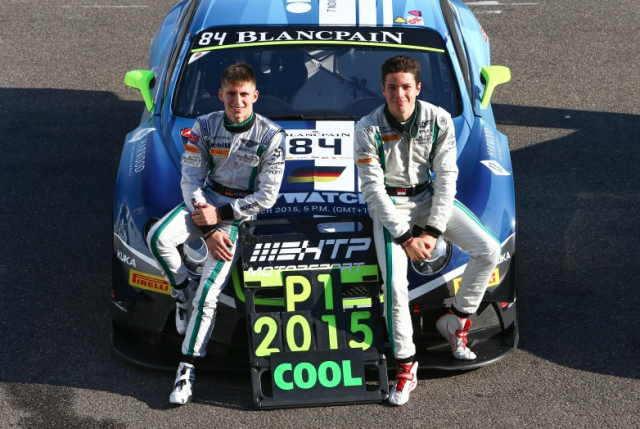 The HTP Bentley duo of Maxi Buhk and Vincent Abril secured the Blancpain Sprint Series crowd after recording a double victory at the Zandvoort finale.

The pair managed to overturn an eight point deficit to the WRT Audi entry of Laurens Vanthoor and Robin Frijns.

Australian GT driver Christopher Mies was called upon to fill in for Vanthoor, who was sidelined after fracturing his hip and leg at Misano.

Buhk and Abril completed a lights-to-flag win in Saturday’s qualifying race, finishing ahead of the WRT entry of Nicki Thiim and Frederic Vervisch.

However, a spin from Frijns saw the championship favourites lose their lead to Buhk and Abril as they came home in 15th spot.

The title was ultimately decided in the final race with Buhk and Abril securing the title after holding off Frijns and Mies to take victory by 0.375s.

Vervisch and Thiim secured the final place on the podium.