Dean Canto leads the field away at the race start

Which driver impressed you most across the four-day weekend? Read our shortlist of contenders below and cast your vote on this week’s Pirtek Poll. 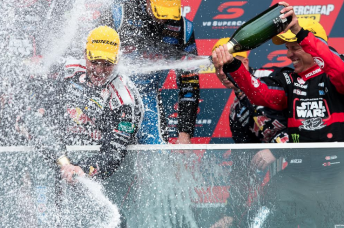 Rebounded from a poor qualifying to score a popular sixth Bathurst 1000 victory and fifth in 10 years.

Didn’t panic when incorrect tyre pressures made his Holden difficult to handle in wet conditions mid-race.

Gained vital track position on team-mate Paul Dumbrell with 50 laps to run and eventually used his car’s superior speed to drive away from the field after the final restart.

Kept a cool head amid early race troubles that included a poor first lap for co-driver Steve Owen, an electrical problem and subsequent penalty for ignoring the black flag.

Made the most of a bold track position play when making an early move to slick tyres as the track dried, before staying out of trouble after the last restart to move into second.

Extra credit for pushing flat-out in the closing stages to catch leader Lowndes, despite the obvious temptation to bank the championship points for second. 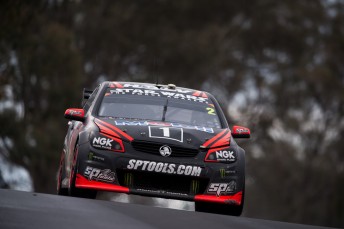 Tander cut through to third in the closing stages

“Who else would you rather have in the car at the last restart of the Bathurst 1000?”

Adrian Burgess posed the question to Speedcafe.com post-race and, perhaps Lowndes aside, it was hard to find an answer.

After a far from smooth race, Tander showed restraint to hold behind the Safety Car during the final round of stops, before pouncing as others battled ahead at the restart. A typically smart, gritty drive.

Also stayed in the hunt throughout the day before making a bold move for second following the all-important final Safety Car.

Overcooking the pass and dropping to an eventual fourth somewhat blotted his copybook, but full points for speed and having a go when it mattered. Bounced back strongly from the distracting events of Thursday, which were admittedly his own making.

Made the most of getting the best of the track conditions in the Shootout to score pole and fought hard to extract pace from The Bottle-O Ford in the race.

Was seemingly on course for second before being shuffled wide after the final restart, eventually taking a somewhat disappointing sixth.

Was handed an impossible mission after a double strategic disaster for the Tekno Holden occurred mid-race.

A stop for wets on lap 92 saw bulk track position lost while stacking behind the DJRTP Ford and forced an extra stint for Jonathon Webb, who had fallen one lap short of his minimum laps.

Still, Van Gisbergen lit up the timing screens in typically flamboyant fashion during the wet running and later climbed from 17th to an eventual eighth during his final 40 lap dry run to the flag. Alongside co-driver Taz Douglas, James Moffat was one of the true unsung heroes of the weekend.

The #99 entry was the only Nissan to make the Shootout and finish in the race’s top 10, despite missing out on an upgraded engine for the second meeting in succession.

Underlined his quality as a full-time V8 Supercars driver while sponsorship issues at the team leave his career in the balance.

A joint nomination for the Russell brothers, who drove maturely all week in a true underdog entry.

Didn’t scratch the car throughout the weekend and stayed on the lead lap all day to take a credible 17th.

It was a performance that Dunlop Series regular Aaren Russell later described as “undoubtedly the best day of my life”.

Again proved his place as the category’s best co-driver, albeit in what proved to be the fastest car on the mountain. 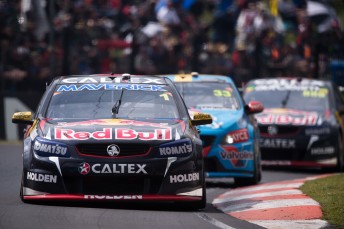 Spent parts of the race pulling away from full-timers at the front of the field and undoubtedly deserved more than he got in the final result.

Perhaps a controversial inclusion in this short list after ignoring team orders at the final stops and ruining his car’s chances of a strong result.

The remainder of the weekend, however, had been faultless, including a simply stunning wet weather stint that saw him pull a huge margin on the field despite a throttle issue.

Leaves Bathurst with both the practice and race lap records; the former a stunning 2:04.9s set in Friday practice. 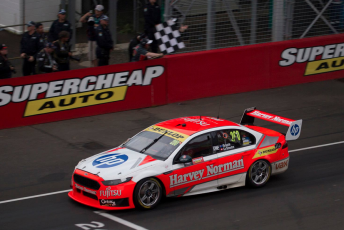 No previous experience of tin-top cars or Bathurst meant this was always going to be a tough assignment.

The Swiss stayed off the fences all weekend, gradually working her times down to a 2:08s best in practice.

Then gained valuable experience while driving the wounded car in the race ahead of an expected return next year.

Ended the race in the wall at Sulman Park through no fault of his own when the steering broke through the high-speed left-hander.

Had earlier starred in the laps prior to the rain coming down, carving his way to third as he gained important pit preference over the Tekno car.

Also put in a solid lead-up to the race, underlining the DJR Team Penske Ford’s position as a top five contender throughout the weekend.