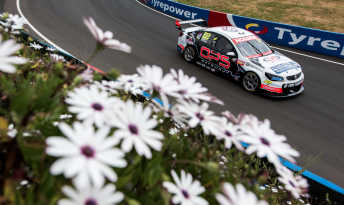 Lucas Dumbrell Motorsport’s Nick Percat set the fastest time in the final track session prior to the Supercheap Auto Bathurst 1000.

The 20 minute warm-up provided teams with a chance to undertake a final balance read and practice pitstops ahead of the race.

Taking over the car from co-driver Oliver Gavin, Percat put in a 2:07.16s lap with little over a minute remaining to edge out previous pace-setter Scott Pye.

Michael Caruso slotted between the pair in the closing seconds, 0.09s behind Percat’s time.

The session was run in dry and sunny conditions, although showers are predicted for the area during the afternoon.