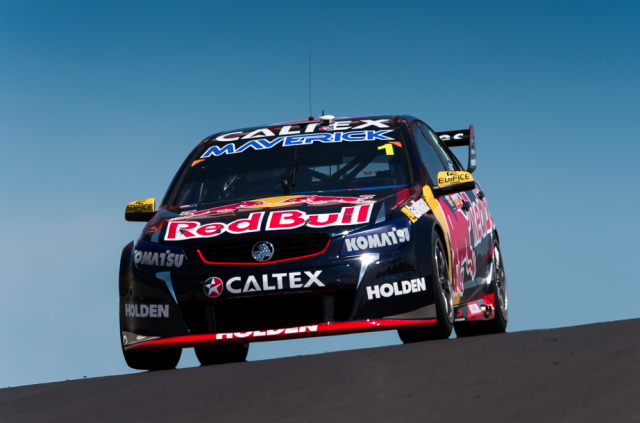 The reliability of the Red Bull Holdens is under the microscope at Bathurst after a troubled opening day of practice for Jamie Whincup.

Although unwilling to detail the problems, team manager Mark Dutton admitted that the high speeds and loadings of the circuit had highlighted weaknesses in the #1 Commodore.

A vibration was part – but not all of – the issues experienced with the car, which suffered an inauspicious debut pre-Sandown when its first test was curtailed by exhaust problems.

“We had some issues with the car that cost us time, both on the track and through the sessions as we tried to fix them,” Dutton told Speedcafe.com as the team continued its analysis of the problems on Thursday evening.

“The car set-up definitely wasn’t perfect but we should be further up than we are. We were definitely losing time with other things.

“We had a few more niggles than we would have liked. There’s no excuses, because we weren’t doing 24 x 7 days in the build-up or anything.

“It’s just that you come here and go so fast for so long, everything gets hotter and vibrates more. Everything is more highly stressed around Bathurst. It highlights everything that’s marginal.”

Dutton stressed that the team still went through its practice program with the car, which included detailed analysis of fuel consumption.

The team ran the car clean out of fuel at the end of Practice 1, bringing back memories of last year’s heartbreaking final lap as Whincup’s slowed down Conrod.

Lowndes’ time was 0.7s adrift of pace-setter Coulthard, who was one of several to use new tyres in the closing stages of the record breaking session.

“There are a lot of guys out there doing a good job, but some are very good at hoarding tyres as well,” said Dutton, referring to teams saving ‘new’ pre-marked tyres for practice.

“It’s Bathurst, it makes sense to do that, but I’ve certainly been a bit hungrier with our tyre bank at recent events while we’ve been trying to find speed.

“We’ll see where everyone is when we get closer to qualifying.”

Today’s track action will see two practice sessions before a 40 minute qualifying hit-out that will set the field for Saturday’s Top 10 Shootout. 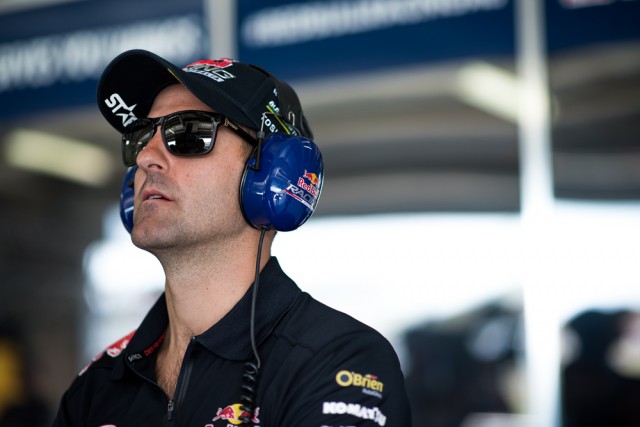 Jamie Whincup watches on while Paul Dumbrell takes to the track