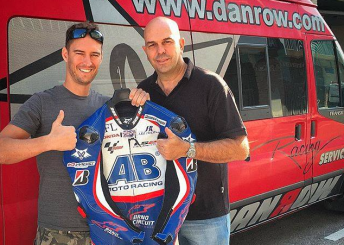 Experienced Australian motorcycle rider Ant West will return to the MotoGP grid at Phillip Island next weekend after receiving a call up from AB Honda.

The 34-year-old will make his first start in the premier class since 2008 as a replacement for Karel Abraham, who has been suffering from a persistent foot injury.

West, a former factory MotoGP Kawasaki rider in 2007 and 2008, has spent the last six seasons competing in the Moto2 class.

The Queenslander was riding for the QMMF Racing Team this year until he was dropped by the outfit prior to the most recent round at Aragon.

The Maryborough-born rider’s selection ensures there will be two Australians on the grid for the Phillip Island event with Jack Miller aboard the open class LCR Honda.