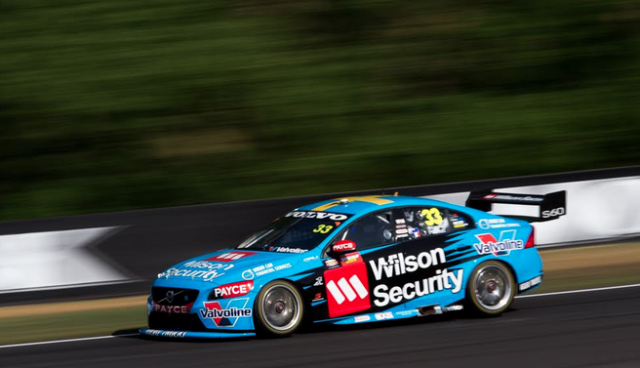 Scott McLaughlin recorded the fastest speed of the day

Fabian Coulthard’s new lap record was not matched by record top speeds during the opening day of practice for the Supercheap Auto Bathurst 1000.

Whether a new drop gear ratio would see the cars break 300km/h on Conrod Straight has been the topic of much debate during the lead-up to the event.

David Reynolds, whose best official speed in Practice 3 was 18th quickest at 293.2km/h, said that 300km/h may only be possible while tucked in behind other cars in race conditions.

“I think our cars were actually slower than last year by a few kays because it takes longer to accelerate,” said Reynolds. “In the tow it might be quicker but by yourself it’s slower.”

The ratio was changed this year in order to avoid having cars running out of gearing and bouncing off their 7,500rpm rev limiters into The Chase.