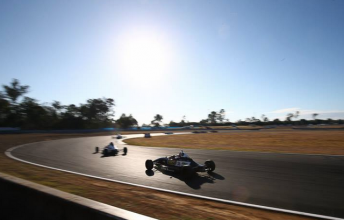 Australian Formula Ford racing will take place on a new tyre next year, ending a 20 year association with Avon.

The Formula Ford Association has announced a three-year deal with Yokohama in a move that is promised to further cut the cost of competing in the junior open-wheel class.

Yokohama’s A048 tyre has been selected following an extensive selection process that included 250km of testing at Winton on Spectrum, Mygale and Van Diemen chassis.

According to the FFA, the testing showed that the Yokohamas are more durable and forgiving than the existing rubber.

“Since 2013 our focus has been in developing the most cost effective open wheel racing in the country,” said FFA chairman John van Leeuwen.

“Changing to the Yokohama tyres fits within our strategic plan as the Yokohama provides us great performance and durability at a lower cost. This change alone can reduce yearly racing budgets by many thousands.”

The Yokohamas will be eligible to run in Formula Ford competition from January 1, 2016.

The FFA has vowed to continue a national Formula Ford series next year, despite CAMS’ efforts to downgrade the category to state level competition with a single Australian festival.