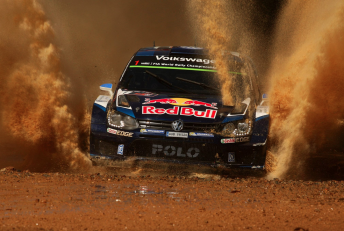 Rally Australia continues to wait on its 2016 date

Rally Australia organisers remain hopeful of snaring the final slot in the 2016 FIA World Rally Championship calendar amid a delay in confirmation of the schedule.

The FIA World Motor Sport Council ratified a 14-event calendar on Wednesday, which includes the addition of Rally China.

Despite earlier hopes of locking down all details, no dates have been confirmed with the schedule.

France and Monte Carlo both remain subject to their respective promoters completing deals with the WRC and the FIA prior to November 30.

China meanwhile must complete FIA requirements to lock in its spot following the running of a candidate event in August.

The Chinese event is expected to be twinned with Australia for freight purposes.

Rally Australia has campaigned heavily to move from September, where it has clashed with V8 Supercars’ Sandown 500 in recent years, to become the season finale in November.

Although still the widely expected outcome, a Rally Australia spokesman told Speedcafe.com following the WMSC meeting that the event remains in the dark over its date.

“We will continue to press our case to be the last round of the championship and hope that will be taken into account when the vote is finally taken,” said the spokesman.

The move to 14 rallies has reportedly received significant backlash from manufacturers concerned about rising costs.

Citroen, Volkswagen and Hyundai are currently the WRC’s only factory teams, with M-Sport running without works Ford backing since 2013.