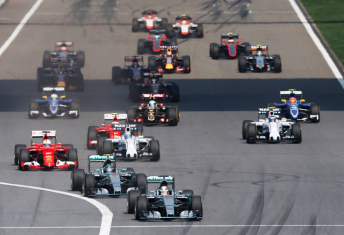 FIA has confirmed the schedule for the 2016 Formula 1 season

The latest edition of the 2016 Formula 1 calendar released by the FIA includes a date clash with the famous Le Mans 24 Hours.

Agreed at the World Motor Sport Council meeting in Paris, the new for 2016 Azerbaijan Baku street race has been moved from July 17 to a June 19 date colliding with the French endurance classic.

The move will rule out the possibility of current F1 drivers following in the footsteps of Force India’s Nico Hulkenberg who won this year’s event in a one-off outing for Porsche.

However, the FIA has stated the start time for the race will be scheduled to avoid a clash with the conclusion of Le Mans for television purposes.

As previously reported, the 21 race season will kick off with the Australian Grand Prix which has now been allocated a date of March 17-20.

The Bahrain Grand Prix has moved into the second round slot two weeks after the Australian Grand Prix with China hosting the third round.

Hungary has been bought forward to July 24 to allow for a three week mid-season break.

Races in Malaysia, Singapore and Japan have now been awarded revised dates which avoids a previously planned triple header.