High hopes for Rick Kelly ahead of Bathurst 1000

High hopes for Rick Kelly ahead of Bathurst 1000 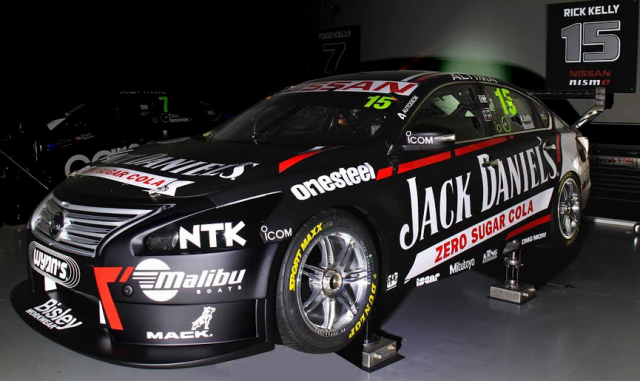 Rick Kelly heads to Bathurst with hopes of an upset victory for Nissan aboard a new look Jack Daniel’s Altima.

Kelly has endured a rough run at Bathurst since taking back-to-back victories in 2003 and 2004 alongside Greg Murphy at Walkinshaw Racing. 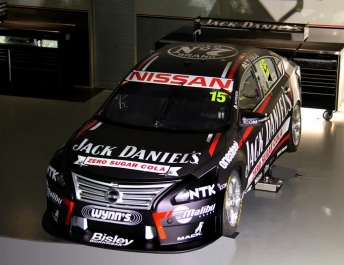 Kelly and Russell head to Bathurst with high hopes

A second in 2006 is his only top six finish since; a statistic that the now 32-year-old is desperate to break.

The Nissans have provided flashes of speed throughout the season, highlighted by a pole for Kelly at Hidden Valley in June.

All four Altimas however failed to trouble the front-runners at Sandown, despite three of the cars running with a new cylinder head that had been long-touted as the key to lifting the squad’s fortunes.

Regardless, Kelly says he’s going to Bathurst with the goal of improving on the team’s second place finish in last year’s event, achieved by James Moffat and Taz Douglas.

“I’m already anxious to get there, I can’t believe it is already that time of the year to head to the big one,” said Kelly of Bathurst.

“It’s one that nobody takes for granted, it takes a great team, great preparation, strong application by the team over the entire weekend, and also a lot of luck.

“We’ve done a fair bit of work to ensure that we get there and have a good opportunity.

“It’s just such an important round for us, you don’t head there with anything else on your mind other than trying to win the race on the Sunday.

“It’s a long week, one that we can’t wait to get into, from practice to the races, it’s an absolute pleasure to have the opportunity to drive around that track.

“Every year when you hit the track for the first time on Thursday for that first session, no matter how much work you’ve done to prepare yourself, it’s an uncomfortable time in the car, because it’s such a difficult circuit, and a place that demands such respect from you.

“It’s what we live for, and I’m excited it’s that time of the year.”

Kelly and Russell finished eighth in last year’s chaotic eight-hour Bathurst marathon despite being hampered by a misfire for much of the day.

Issues also slowed the duo’s progress at the recent Sandown 500, where they finished 10th after damaging rear suspension arms in both the co-driver qualifying race and Sunday’s enduro.

“We had a solid result at Sandown, but we definitely know where we can improve in a few areas, so we head into Bathurst knowing we can move forward,” said Russell.

“We had a good car there last year, we had a couple of little issues in the race that hampered our speed, but we know had that not have happened we would have finished further up the order.

“I’m not looking back at last year; I’m certainly eyes forward this year looking to get the best possible result we can.”