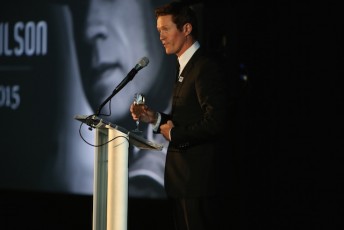 The late IndyCar star Justin Wilson has been honoured with a screening of a special film celebrating the life of the British driver at the Indianapolis Motor Speedway.

Members of the Wilson’s family, friends and the IndyCar community gathered at the circuit to watch several video presentations highlighting the life and times of the popular driver, who died following a freak accident at Pocono last month.

“We are here to remember much more than the race car driver,” Indianapolis Motor Speedway president J. Douglas Boles said in his opening remarks.

“We are here to celebrate a husband, a father, a friend, a role model.

“We are celebrating a man who left this community, this (IndyCar) family much better than what it was when he first got here.”

Wilson’s widow Julia, who was in attendance along with Justin’s brother Stefan, admitted she has been overwhelmed by the support received since the tragedy.

“The love, kindness and generosity is overwhelming. Some days I don’t feel we are deserving of such love,” she said.

“I have an overwhelmingly massive family that I’ve just found out about and I’m very lucky. Everyone has my back. It’s brilliant and I’m proud to be a part of (the extended family).”

Among others at the ceremony was four-time and reigning IndyCar Series champion Scott Dixon, who paid his respects to the Brit.

“You’ll be forever in our hearts. We are the lucky ones,” he said.

Following the news of Wilson’s death, the Wilson Children’s fund was set up to raise funds for Justin’s family.

Almost $450,000 USD ($643,000 AUD) has been raised through donations from IndyCar and through an eBay auction of motorsport memorabilia offered up by the industry.

Contributions can still be made to the fund by clicking here. 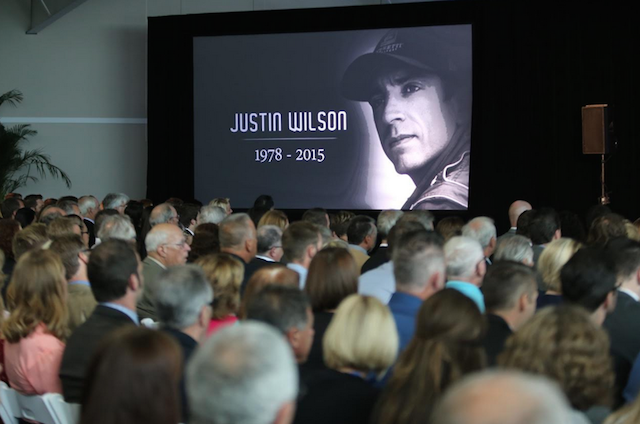 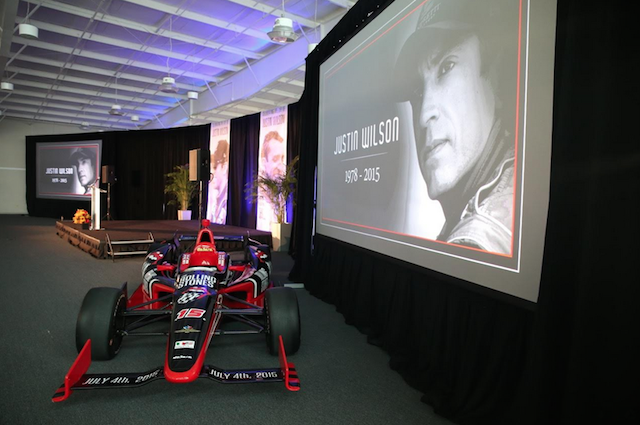 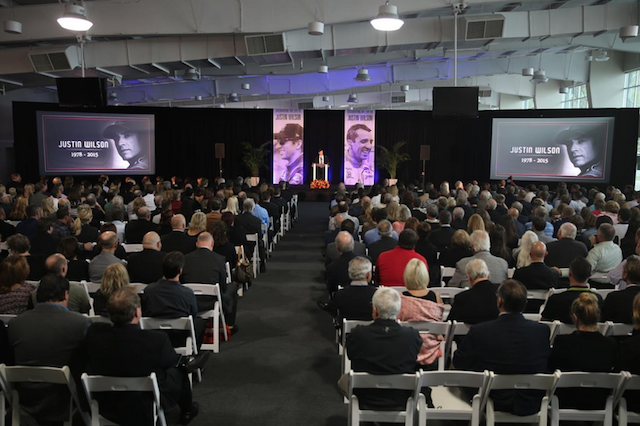 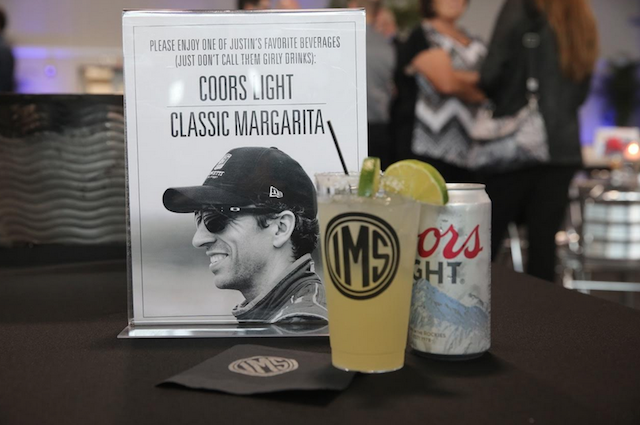