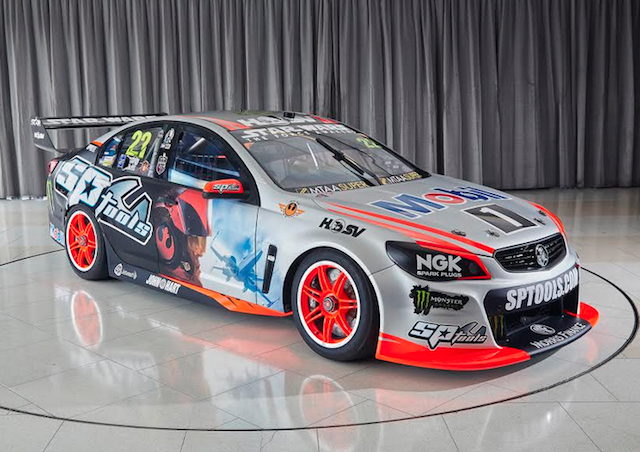 The Star Wars livery on the #22 Commodore

The Holden Racing Team has unveiled the second of its Star Wars themed liveries for Bathurst as the squad awaits final confirmation on the fitness of star driver James Courtney.

Following the release of a ‘dark side’ look for its Garth Tander/Warren Luff entry last week, the James Courtney/Jack Perkins car has been revealed today during the team’s annual sponsor lunch in Melbourne.

Courtney did not attend the lunch, instead remaining at his Gold Coast base as he continues to recover from injuries sustained at Sydney Motorsport Park in August.

The team has confirmed that it has Russell Ingall ‘primed’ to continue in the seat that he took over at Sandown, should Courtney not be declared fit.

Amid widespread belief that he will miss the event, Courtney says that a scan later this week will provide clarity on his condition.

“It’s been a painful experience but my recovery is going well. It’s been five weeks since the incident and I’ve had a lot of specialists overseeing me and give me the best chance of coming back for Bathurst,” Courtney said.

“Your body takes on so many forces across the top of the mountain, and if the ribs aren’t healing properly, one could break again and cause a hemothorax, which is a lot more serious than my initial injury.

“We’re pressing on as hard as we can. I’ve got a final scan this week to see how the bones are healing. After that we make an informed decision about Bathurst.”

The Star Wars liveries are meanwhile part of a larger collaboration between Holden and the Walt Disney Company, which the car maker’s sponsorship manager Simon McNamara says has already created a major impact.

“The reaction of the Star Wars: The Force Awakens dark side Commodore exceeded our highest expectations, and there has been great anticipation for this second design,” McNamara said.

“The collaboration between Holden and The Walt Disney Company Australia and New Zealand is off to a fantastic start, and we look forward to building on that with the execution of this activation.” 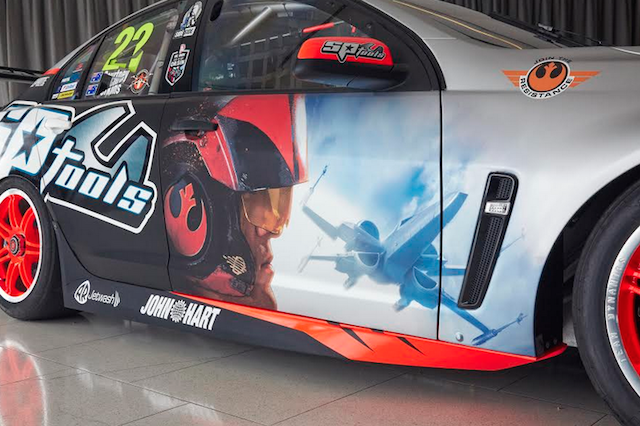 The Rebel X-wing character features on the right-side doors Chewbacca sits on the left-side of the Holden 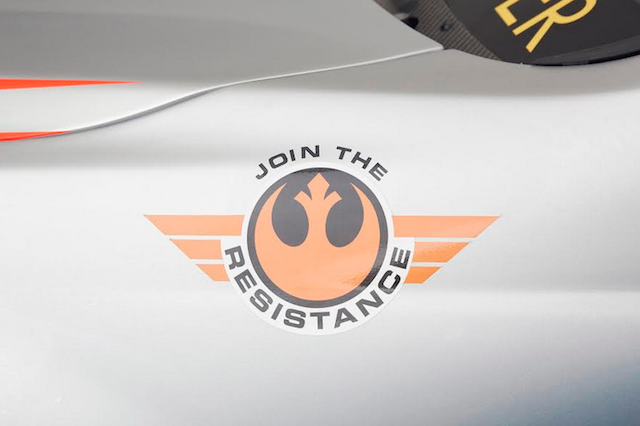 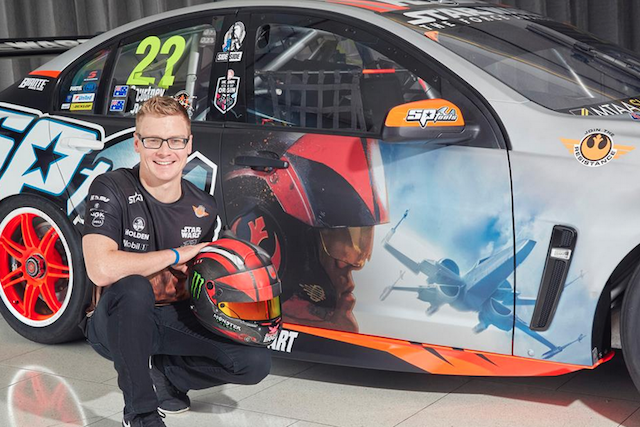 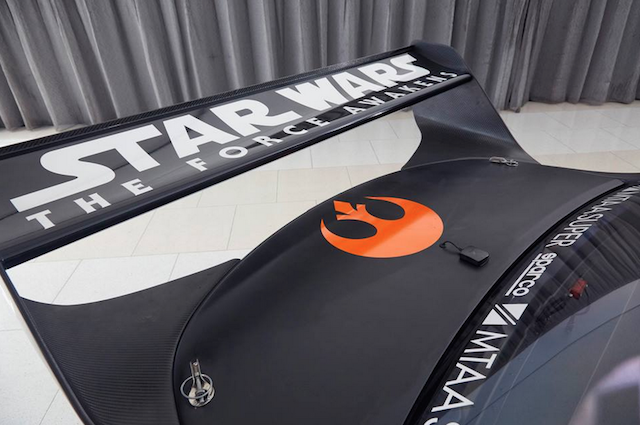